Newport residents recently had the opportunity to view and comment on proposals for an 85 house development near our primary school.

It was good to talk with the landowners and the architect about their intentions for zero energy homes and village amenities. A theme in the comments made on our village Facebook group Newport Newsline is that the owners seemed genuinely interested in the views of those attending – a refreshing change from other presentations I have attended where developers were unable to justify unsuitable locations. 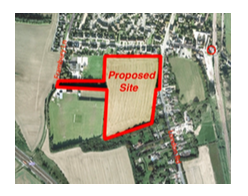 The proposals include providing much needed parking at the school, and upgrading the rough potholed track, something which I’m sure will be welcomed. As well as generous green spaces the proposal includes a small commercial area and the landowners are asking for views on what it might be used for. Four business units have just been closed at the Carnation Nursery site, now being demolished for houses, so it is good to see a housing proposal recognising the need for employment in Newport. 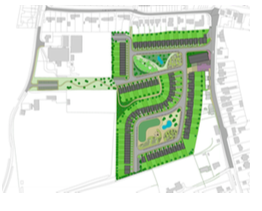 There was some critical comment about the modern design of the houses (including ‘they look continental’!). My view is that buildings should reflect the age in which they are built and that we have too many boring nonentity estates with no definable architectural style. However, the designs are only a draft and this is not yet a planning application 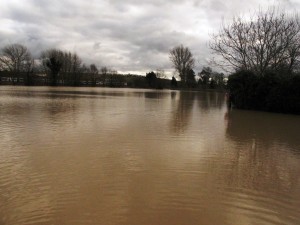 There are however some issues to resolve. The owners were already aware of the flooding caused by run-off water from the site. I have also sent them the Hyder Consulting report commissioned by UDC, which says the site may not be viable because of the major upgrades needed to the sewerage infrastructure. And the school needs to be expanded. The development would make available some land, but it is Essex County Council’s responsibility to build, and also that of UDC to ensure Essex deliver.

Overall I felt this is how developments should be handled – a genuine consultation on a reasonable proposal, and not box ticking to satisfy the council. Let’s see what they come up with from residents comments!

(For information the owners are the Sir Arthur Ellis Trust and the architects are Zedfactory, who specialise in ‘zero fossil energy developments’)