Residents for Uttlesford has launched a survey with Jamie Oliver to ask residents their opinions about alcohol sales on the Saffron Walden market. Residents are asked to respond.

“The Town Council was recently asked to consider the request of a longstanding local market trader who wanted to be able to sell wine along with his popular fish products. He also wanted to be able to offer a tasting of his fresh fish with a wine of the week. Since the Town Council doesn’t currently allow the sale of licensed products on the market, his request really asks a bigger question. So to help I recently met with trader Dan ‘the fish man’ Eastwood and Saffron Walden Market advocate Jamie Oliver. I wanted to understand their opinions. And now we at Residents for Uttlesford have launched a survey to ask residents too.” 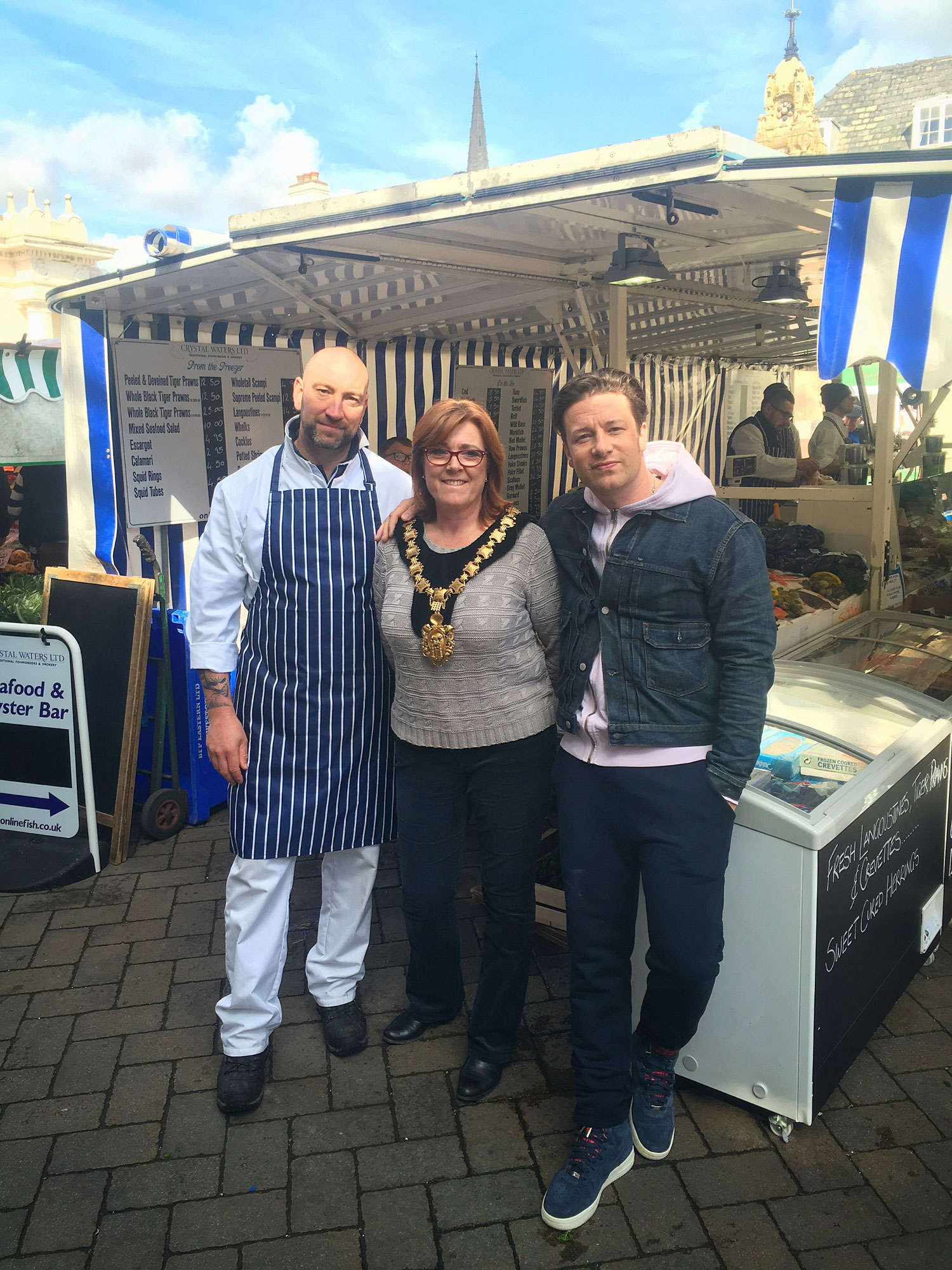 Saffron Walden’s vibrant market was established in 1141 and is held on Saturdays and Tuesdays. It has a strong reputation for great, unique food products, and so attracts visitors from a wide area. International TV chef Jamie Oliver grew up and lives near Saffron Walden. He regularly shops at the Saffron Walden market to buy fresh produce.

Jamie Oliver is in support of the market traders’ request and at the survey launch said:

“Saffron Walden is a wonderful market town and its special independent magic must remain. The town needs to continue to focus on the distinctiveness of the market, including the strong ‘foodie’ focus. That will bring new people to shop in the town for the benefit of all retailers. Offering a glass of wine with some smoked fish is simply not going to create alcohol problems in the town centre. In fact granting market traders licences for add-on alcohol sales will boost the viability of the market and help to continue to differentiate it.” 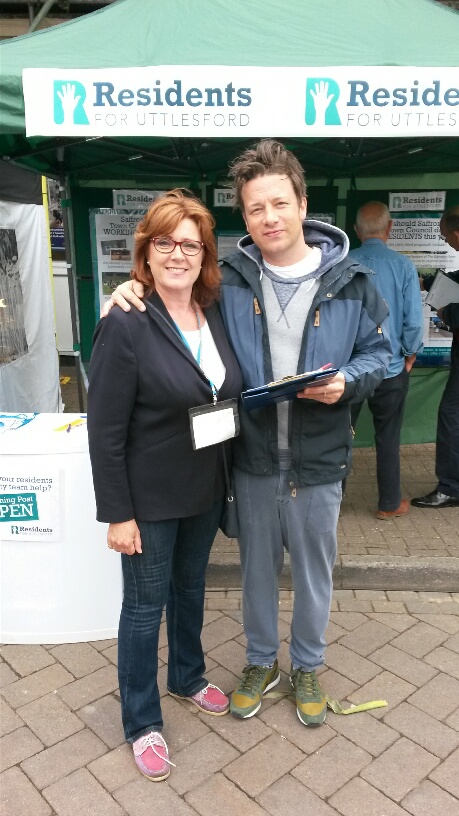 Cllr Asker asked residents to respond to the survey:

“Public engagement is at the heart of what R4U is about, so we launched the survey with Jamie in the market last Saturday and it’s now online. We’re asking residents to respond to one of 3 options – ‘Do you support market traders selling alcohol: 1. Yes; 2. Yes, but with some restrictions, such as only along with other product sales, or 3. No.’ It only takes a few seconds to respond so please take the survey and tell us what you think.”