Ward residents Petrina Lees and Garry LeCount are the R4U candidates in the Elsenham & Henham Uttlesford District Council by-election on 16 February 2017. The two council vacancies became available after both existing Lib-Dem councillors resigned in January at short notice. Neither the Lib-Dems or Conservatives have been able to find any local candidates who actually live in the villages. Both Petrina Lees and Garry LeCount do, and they have excellent parish council experience.

Residents Candidates Who Live In The Villages

Nick Baker
Local resident Nick Baker OBE, who is also chair of Henham Parish Council said “Petrina Lees and Garry LeCount are excellent candidates.  Garry LeCount is a highly experienced chief executive and finance director, as well as being a hardworking Henham parish councillor. Former Elsenham parish councillor Petrina Lees has been part of the core team of Save-Our-Villages for 9 years and was instrumental in our appeal victory last year to stop Hellsenham. But the threat of unsustainable mass housing still hasn’t gone away, so it is important that the residents elect people that actually live in our ward and who have a strong record of direct support of our villages.”
Stewart Pimblett
Local resident Stewart Pimblett, who is chair of Elsenham Parish Council said “I know Petrina Lees well and there could hardly be a better local person to represent our villages. She served on the Elsenham parish council for 17 years, and anyone involved in volunteering in the village will have worked with her on many campaigns and activities. She has energy, focus and drive and I wish her well with her campaign.”

John Lodge (R4U)
Cllr John Lodge, chair of Residents for Uttlesford said “We are a party of residents not politicians, so it is important to us that people who actually live in the ward stand up to represent their fellow locals. In Petrina Lees and Garry LeCount we are very excited to have 2 such outstanding candidates, both with solid parish council experience and who already contribute to village life today.  What’s more they actually live in Elsenham and Henham, in contrast to most of the candidates from the other parties who have been brought in from elsewhere. Elsenham and Henham residents must elect 2 district councillors, so we urge them to vote for both local R4U candidates in February.”

The R4U candidates have received support from the chairs of Elsenham and Henham parish councils.

A proven champion of her community and local causes, Petrina recently served on the Elsenham Parish Council for 17 years, including 3 as chair; enjoyed a 30 year career in nursing; and has been part of the leadership team of Save Our Villages for 9 years.

Petrina Lees said “Garry and I are delighted to have the backing of R4U behind local candidates. R4U has shown its support for our villages’ residents over the last few years, helping us on planning matters as well as working to support us with our recent appeal victory. R4U has always pushed UDC for an evidence-based approach to planning; and the evidence shows that a huge new settlement dumped on Elsenham and Henham is unsustainable and a big mistake. It is disappointing that the Tory leadership at UDC still continue to work with Fairfield to target us, even though both Central Government and the Planning Inspectorate have said No. It is clear that Conservative politicians don’t represent us. That is why I’m now standing for R4U – they are the second largest group at UDC with a strong record of supporting residents on many different issues.” 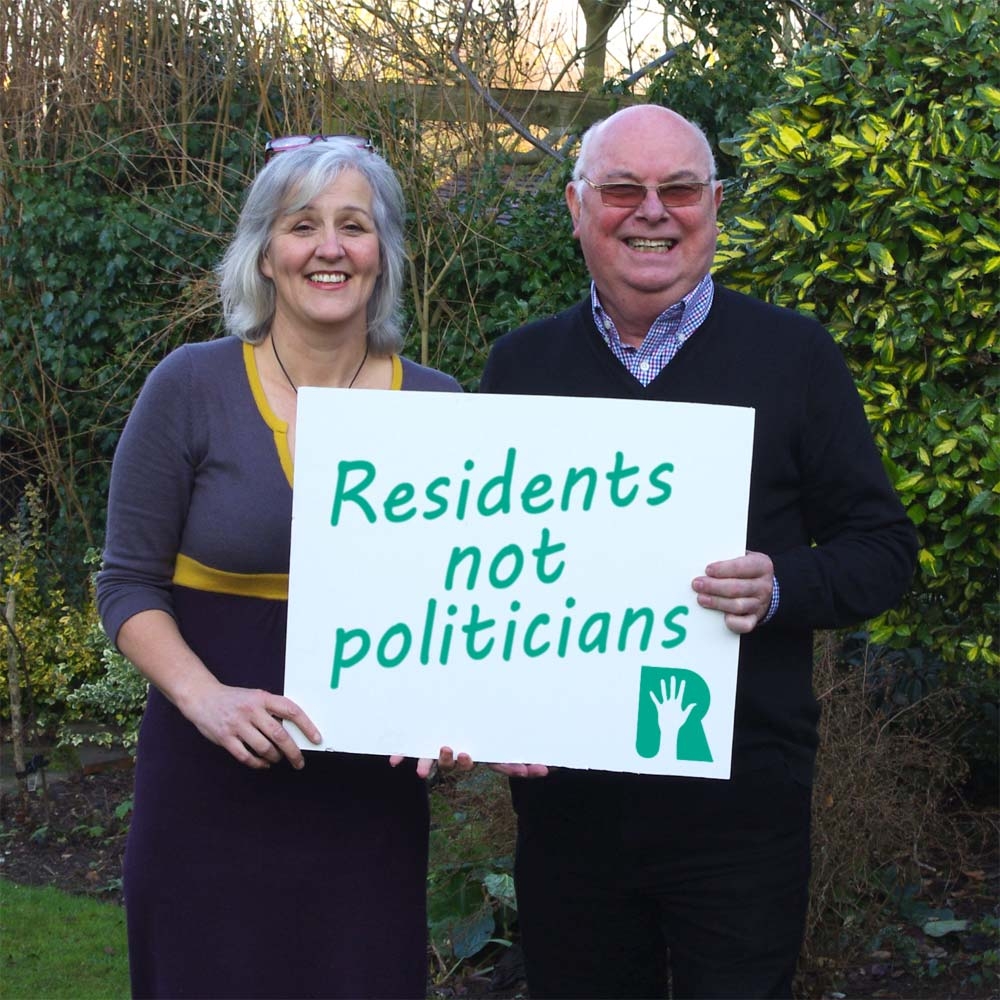 An experienced entrepreneur, music and video industry senior executive and finance director, who has also served on Henham parish council for two years. He joined the council to make a difference and bring positive changes to local issues, and now has the opportunity to take them to Uttlesford directly.

Garry LeCount said “Elsenham and Henham residents have been let down by Lib-Dem councillors twice recently. Firstly they abandoned the 2014 Local Plan process, leaving us with no voice while we were being targeted for 1000s of new homes. Now they have left us again without representation in the new Local Plan because both existing district councillors resigned together, one of which was prior to a parish council vote of no confidence. Luckily R4U is fully engaged and have planning, finance and legal experts to draw on to help with the things that are important to our villages. And it is also important to note that, unlike other parties, R4U councillors are not told how to vote at UDC. They are free to vote in the way that best serves their local residents. I’m very excited to have joined the R4U team and both Petrina and I ask for your support in the February election – after all it should be about residents not politicians.” 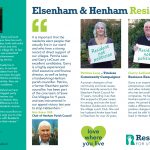 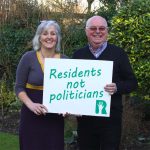 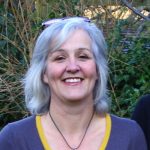 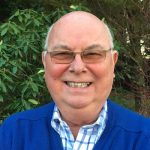 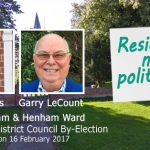