Today UDC just published its draft list of where it wants to allow new homes to be built. If passed by a majority of councillors, this version of the Local Plan will go to a final public consultation in a few weeks, then tweaked and sent to the Planning Inspector for review.

We haven’t read in details yet, but here are the headline numbers that we extracted from their document to get the information out there quickly. We’ve double checked and they seem correct.

UDC is proposing that about 20% of new homes will go in existing towns and villages and the rest in 3 new settlements. During this local plan period (up to 2033) those new settlements are expected to deliver:

Even though not approved, the draft Local Plan is deemed to have started in 2011. That means that more than 6,000 new homes have already been approved, although many have not yet been built. That means UDC has to find space for a further 7,000+. The Transport Study UDC published last week has clearly guided the proposals. The table below shows where UDC ae proposing they go (click on the image to see it enlarged): 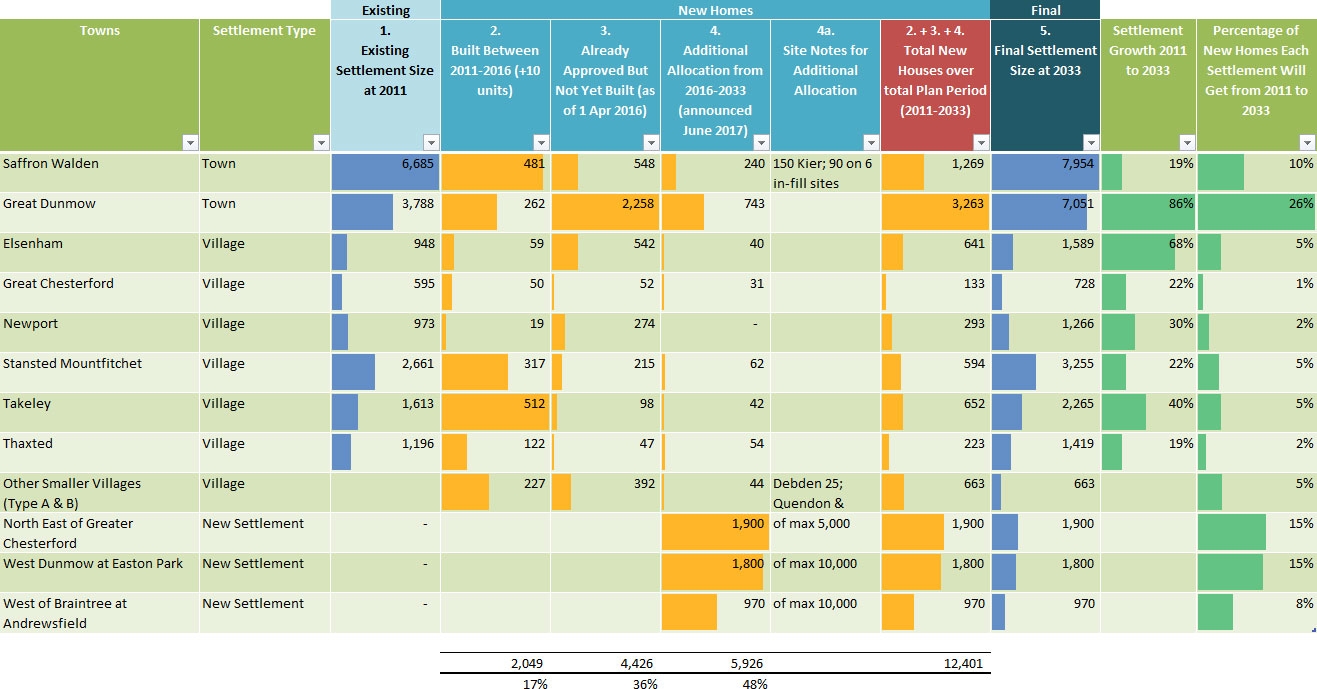 Of the 44 additional new homes for the smaller villages (what UDC classify as Type A or B) , UDC proposes 25 for Debden and 19 for Quendon and Rickling. It seems that UDC are not proposing further homes for other smaller villages. However UDC is also allocating 1,190 further homes in what they call ‘windfall’. These are random and usually smaller planning applications (fewer than 10 homes) that just regularly occur. They are allowing 70 homes a year as windfall and these are likely to happen across all the towns and villages.

Residents will have a chance to have their say when UDC starts the public consultation in a few weeks. In the meantime the documents can be downloaded from their website at this link.