Opening soon! The new adult and teen exercise park on the Saffron Walden Common is expected to be open within a week. It is part of R4U’s ongoing drive to invest in local community facilities through the Town Council.

Paul Gadd (R4U)
R4U’s Cllr Paul Gadd, Leader at Saffron Walden Town Council said “We’re delighted that our new adult and teen exercise park on the Common is planned to be open within a week. It is the next piece in our investment programme in Saffron Walden.  We’ve placed it near the new playground that we installed earlier this year. The accessible placement will allow parents to exercise while their children use the playground.“

“For those who want to be more active, the new exercise equipment complements the paths we’ve recently built round the Common to allow people to incorporate walking or running and the exercise equipment into their daily routines. If residents haven’t noticed there is also a drinking water and bottle refilling fountain in the corner of the playground.” 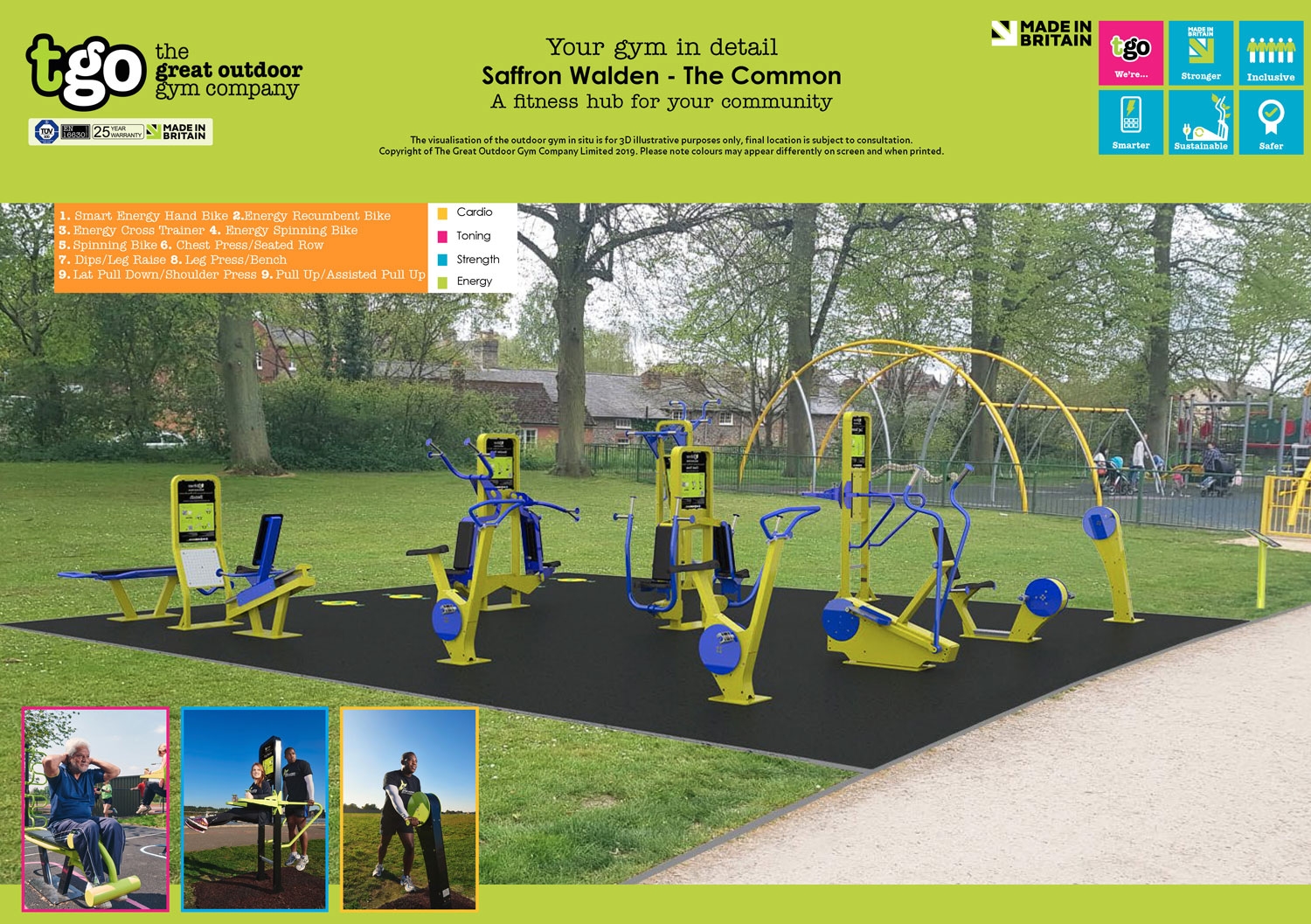 The new Exercise Park will be on Saffron Walden Common near the new playground.

R4U’s Cllr Gadd continued “We all know that we should exercise more. The new exercise park is aimed at the inexperienced user upwards, rather than users who are more likely to be members of gyms. It focuses on cardio, toning, and strength building. It contains a number of different bikes, spinning, cross-training, rowing, leg and shoulder presses, and assisted pull ups.” 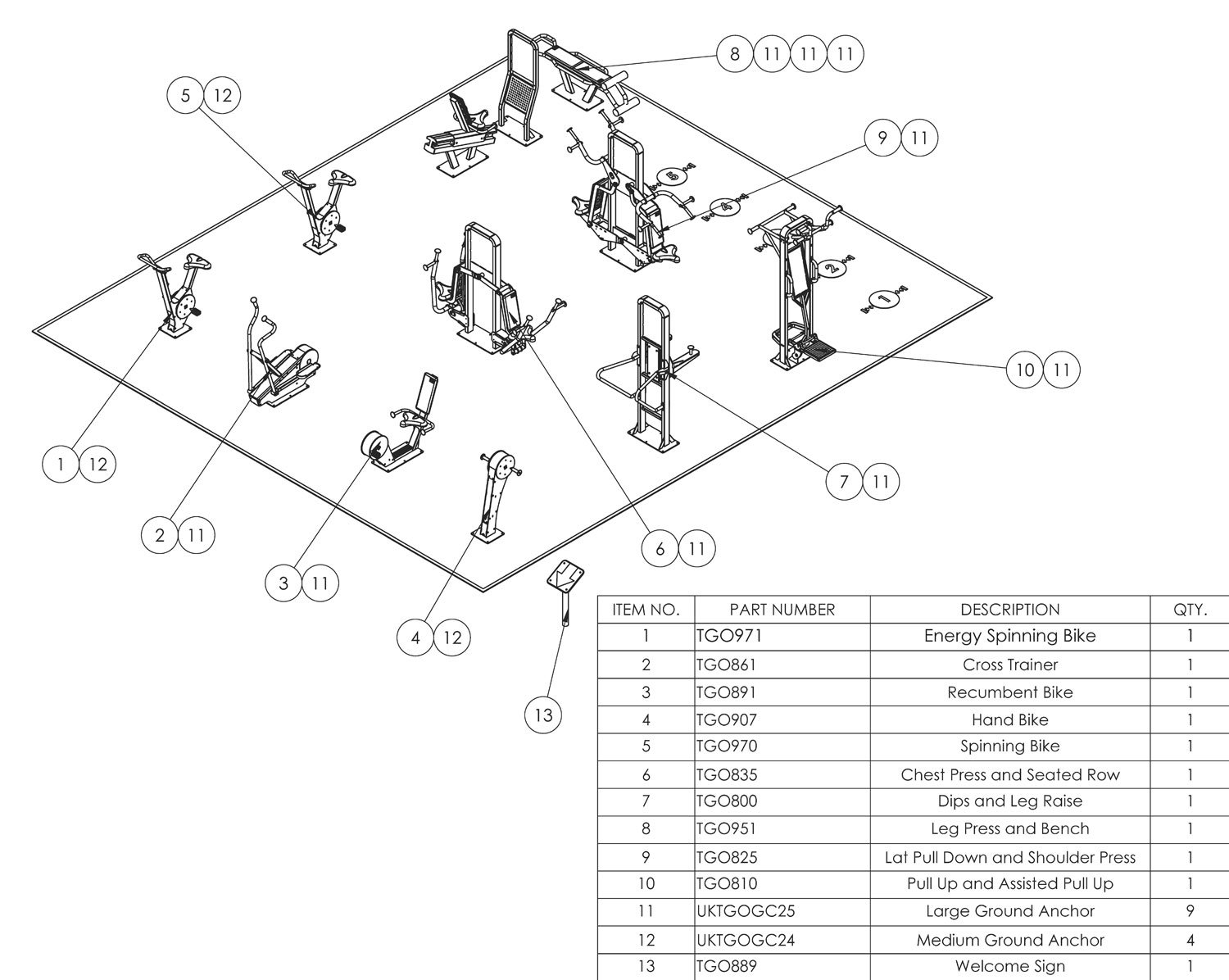 “As residents know we’ve been carefully squeezing as much as we can out of the Town Council’s budget over the last few years to invest in our town. The exercise park was originally approved by the Council in 2017, and we have been building up the £30,000 budget for it since then. We looked at a number of suppliers and chose the Great Outdoor Gym Company, who is the only supplier of British-made equipment. They were able to offer us the best and most sustainable, locally made product. Residents will be able to use it as soon as it is open, ahead of the official opening later in the summer.”