Cllr John Lodge (R4U Chairman)
John Lodge, Chair of Residents for Uttlesford and R4U Shadow Cabinet Leader said “We are the Principal Opposition Party at Uttlesford District Council and are serious about making sure that residents’ voices are heard.”

“By creating a Shadow Cabinet we will provide stronger scrutiny of the Conservative administration and their policies, and for alternative views and programmes to be highlighted. We have an outstanding team that includes seasoned finance, legal, business and planning experts. In many cases their experience significantly outweighs that of the cabinet members they are shadowing.”

Cllr Lodge continued “We are happy to have secured 30% or more of the seats on both the important Planning and Standards Committees, good representation on the Local Plan Working Group and the Performance & Audit, and Scrutiny Committees. This will allow us to work as a constructive opposition in the interests of all the residents of the Uttlesford.” 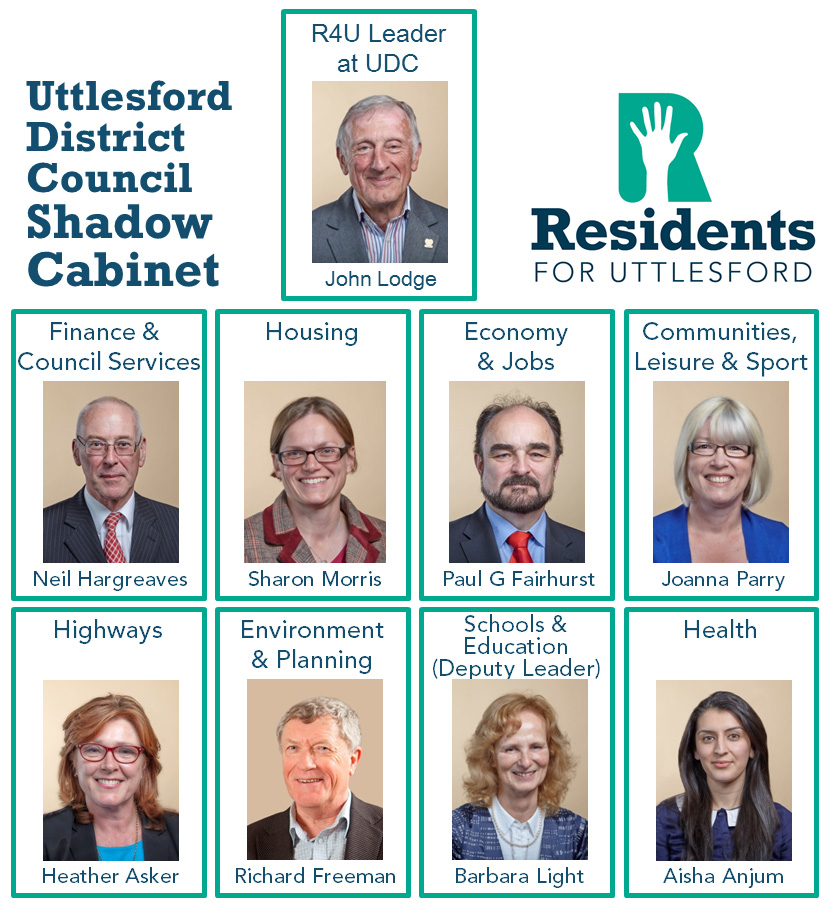 The R4U Shadow Cabinet portfolios at Uttlesford District Council are: