5th November 2015, Saffron Walden: In light of recent roadworks that shut Thaxted Rd in Saffron Walden, Residents for Uttlesford (R4U), the local party of towns and villages, has expressed significant concerns about the impact that UDC’s permanent proposals to only allow one-way traffic on Thaxted Rd would have on the town.

Uttlesford District Council is in the middle of a public consultation on its new Local Plan proposals. As part of this UDC is seeking sites for large-scale home-building on the east of Saffron Walden. These sites have been opposed by the Saffron Walden Town Council and residents due to the impact of traffic through the historic town centre.

As part of its plans to deal with the traffic and pollution from new developments UDC commissioned a report that proposed to permanently shut Thaxted Rd to northbound traffic and force traffic through the town centre.

R4U’s Cllr Heather Asker, mayor of Saffron Walden, said “Anyone who lives in town well knows that it makes no sense for traffic coming in on Thaxted Rd and heading to Waitrose, Tesco or Ridgeons to go along Peaslands Rd and through the town centre because it’s a 2 mile detour. But closing Thaxted Rd to inbound traffic is exactly what the District Council proposed in the highways study that they commissioned for their daft Local Plan.”

UDC commissioned proposals would create a permanent 2-mile detour to get to the supermarket.

With Thaxted Rd recently shut to traffic for roadworks for nearly 3 weeks, residents have now had their first taste of the likely effect of this proposed permanent scheme. The road works have now completed. 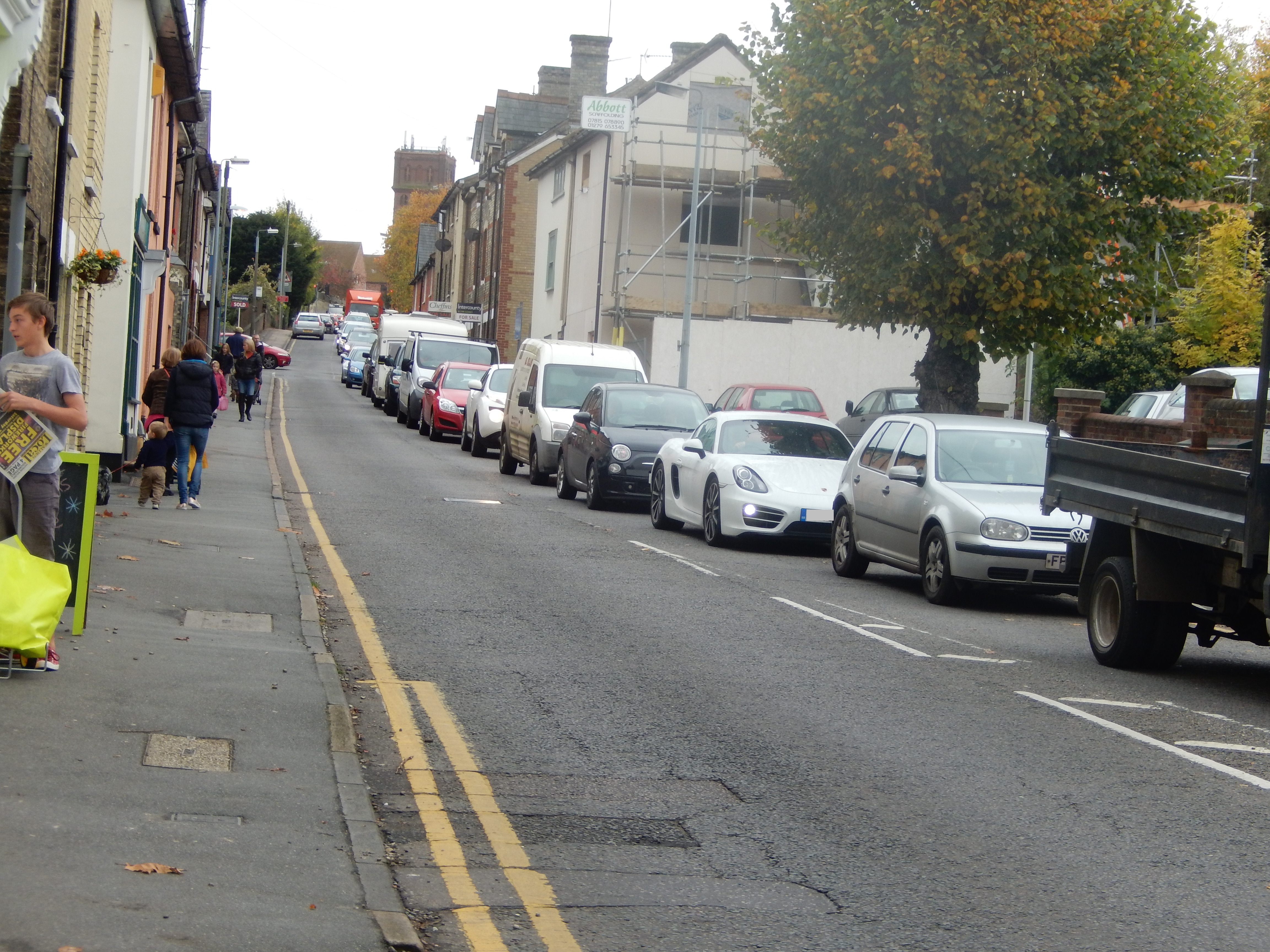 Closing Thaxted Rd for road works created queues from the bottom of the High St to the Friends School. In UDC’s permanent proposals (pictured at the top of the page) Debden Rd would also be closed to northbound traffic, forcing all these cars to queue down Borough Lane and London Rd.

Heather Asker (Saffron Walden Mayor – R4U)
Mayor Asker continued “Utility works temporarily closed Thaxted Rd for 3 weeks and we saw chaos with several miles of stationary traffic on our roads for a large part of the daytime. And cars were cutting though highly residential side-streets such as Victoria Ave and South Rd to find a way through the gridlock. This is exactly what developer Kier predicted would happen, which is why we fought and won our appeal against the development. Now anyone can see what would happen if UDC were to permanently close Thaxted Rd to incoming traffic. Saffron Walden has taken its fair share of new homes and can’t take more on the east without significant east-west new roads – and none are proposed. If residents who live in the town or surrounding villages are concerned, they should respond to UDC’s current draft Local Plan consultation on their website and let them know their thoughts.”

Developer Kier produced a report that showed up to 3 miles of queuing traffic at peak times by 2020 and this was even without closing inbound traffic on Thaxted Rd and causing cars to criss-cross the town twice.