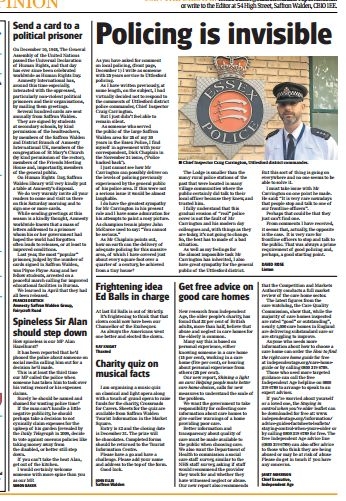 Concerning increasing concerns about crime, here is a selection of this weeks papers, Walden Local, SW Reporter and Dunmow Broadcast. Previous week it was the sell off of the Stansted police station. And there were also the ‘crime shorts’ which are not ‘short’ if you are the target.

This week a resident of Newport was telling me their garage, and their neighbour’s were broken in to, and another resident reported their van had been wrecked with metal cutters. Last year an Essex Police sergeant came to speak at Newport parish council. He told us they would not deal with low level crime and the traffic police would not be doing any speed checking. 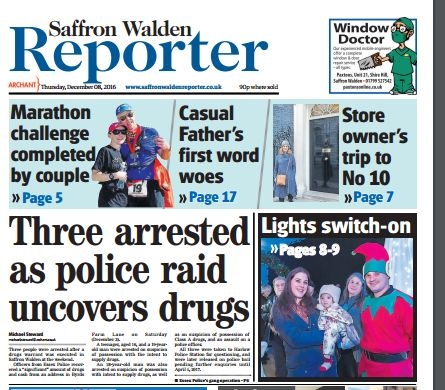 Anthony Gerrard, one of the R4U prospective candidates for the County Council elections, has recently been highlighting policing issues on local social media. These paper cuttings illustrate what worries people. The perception is that for our little bit of north Essex the cuts have gone too far and the effective police presence is too far away. Policing is of course not under the control of local councils. But our elected representatives may just, if they are good, and determined, and work with residents and our overstretched police force, have some some influence. That is what is on offer from our R4U candidates next May. 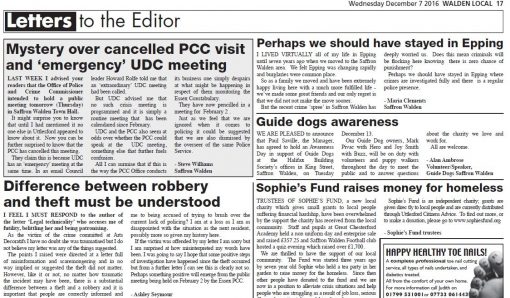