Saffron Walden Town Council has filed a planning application for a new multi-function community centre between Catons Lane and Lime Avenue in the north of the town, Residents for Uttlesford (R4U)  is pleased to announce.

Sharon Morris (R4U)
R4U’s Sharon Morris is leading the project and is a councillor at both a Saffron Walden Town Council and Uttlesford District Council. She said “We are very excited to announce our initiative to build a new community centre just off Catons Lane. The south of the town has the well-used Golden Acre Community Centre near to Katherine Semar School, but there is nothing for residents in the north. Work undertaken for the town’s Neighbourhood Plan has shown that this type of facility is badly needed, so we’ve decided to start the planning process right away.”

“It is our intent that the new centre be multi-functional and built to comply with Sport England standards. Next to the centre will be junior and senior sports pitches; in fact work has already started to prepare these for public use well ahead of any community centre. Combined with the new centre this will create a hub that can be used for many different sports as well as for other community activities. And it is a perfect location, near the cricket and football clubs and only a few minutes’ walk from the town centre.” 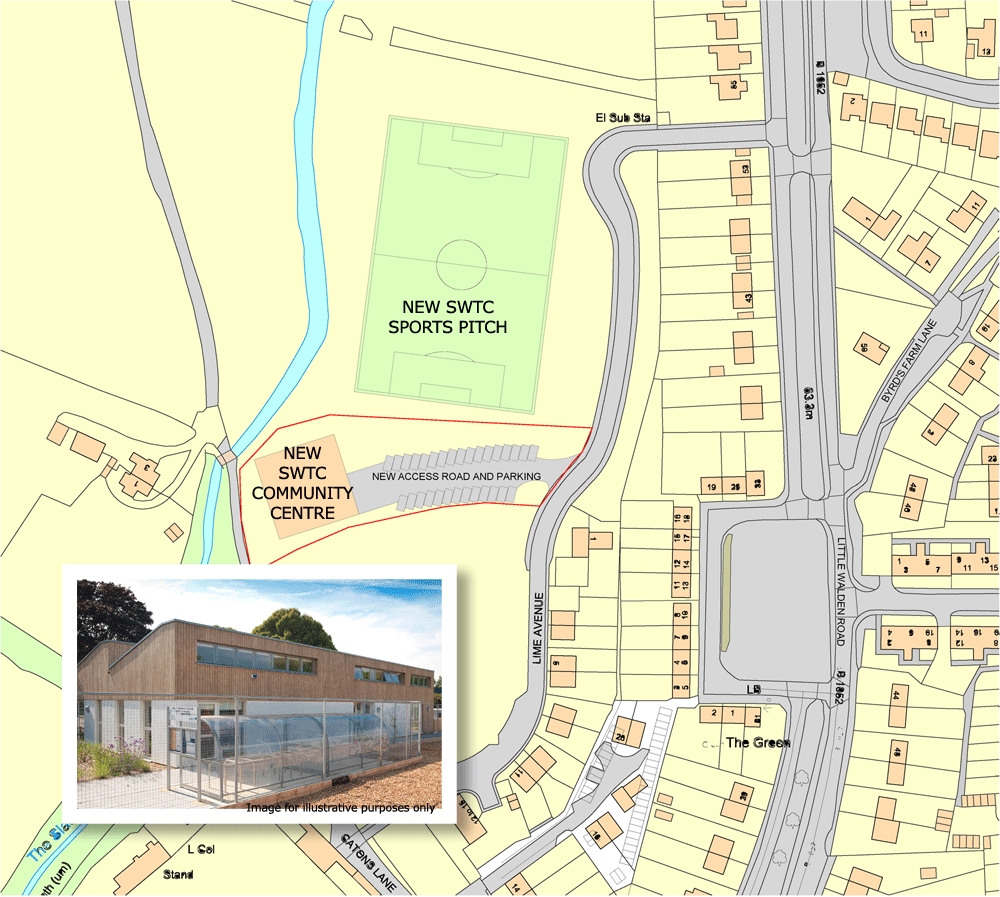 “At this stage our planning application is only for outline permission for the community centre itself, access road and parking. If that is granted, it will then allow us to work with local sports clubs and community groups to come up with detailed proposals, costings and funding options that can deliver something that best fits the needs of the town and its residents.”

The planning application number is 17/1570/OP and details will be available for feedback on the UDC website once it enters the public consultation phase.