Residents for Uttlesford (R4U) is pleased to have secured £70,000 of road improvements to reduce HGV bridge strikes in Newport and that the signage upgrades are expected to be delivered in October. 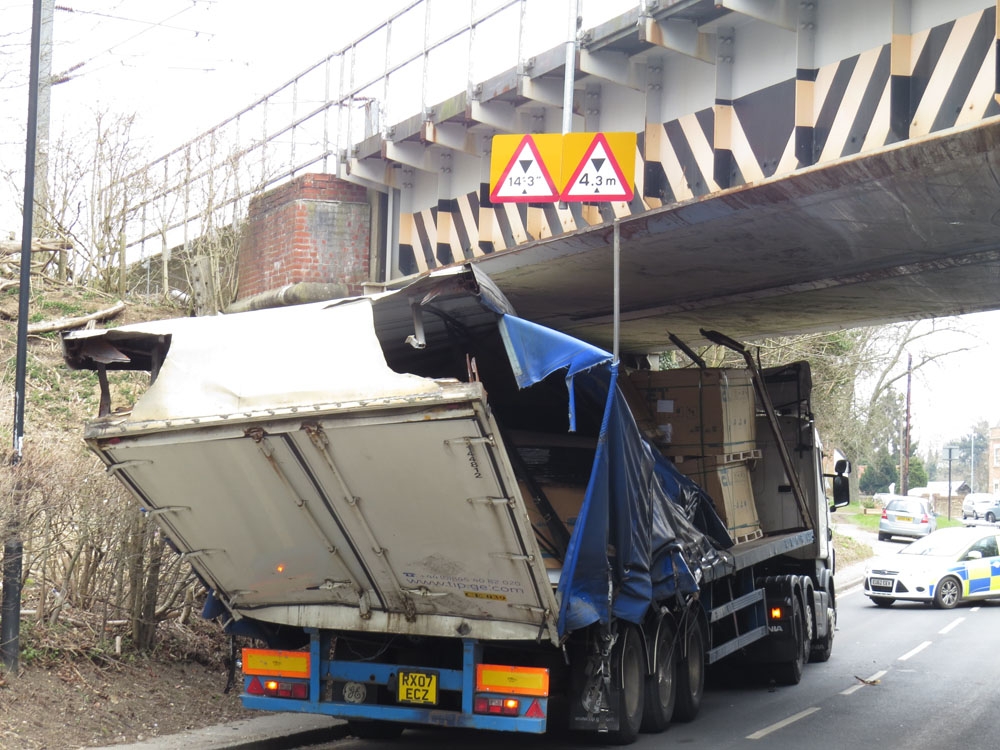 There are regular bridge strikes in Newport

Newport District Councillor Neil Hargreaves of R4U said “Many Newport residents have told R4U on the doorstep of their frustration about the high frequency of HGVs hitting the Newport railway bridge, bringing gridlock to the local road and rail networks. There are an even higher number of incidences of near-misses, with HGVs at the bridge having to back up, and damaging property, walls and telecom boxes as they do.” 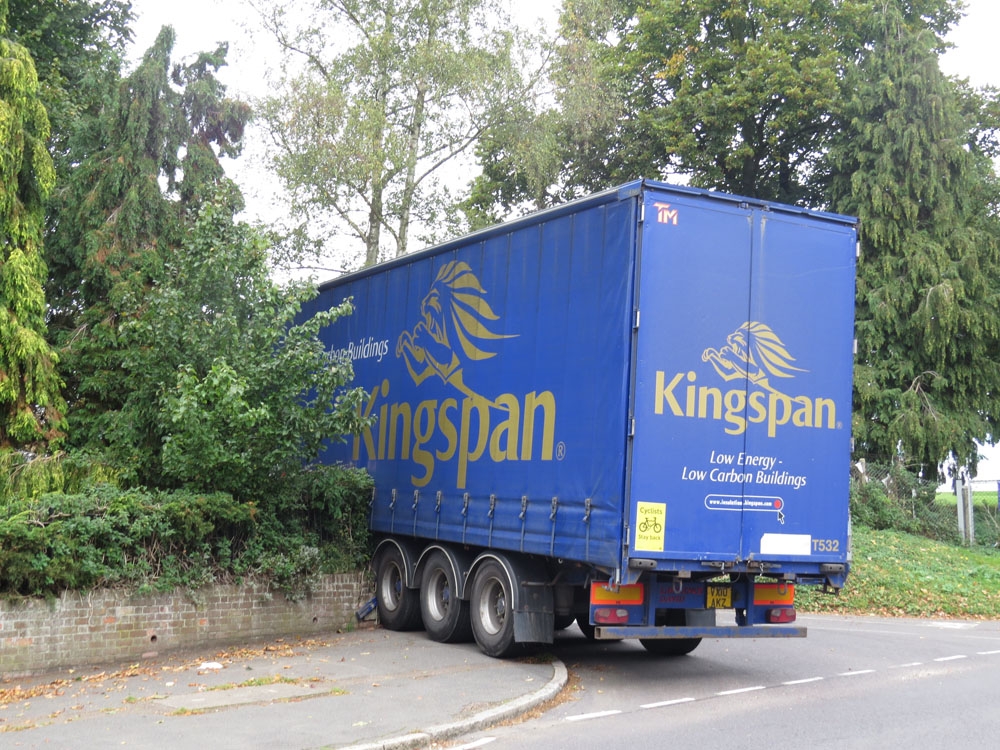 Many lorries have to do u-turns when they reach the bridge, often causing damage to walls and utility boxes

Neil Hargreaves continued “As part of our research it was also revealed that Network Rail are paying £1,000s in compensation to train companies each time the railway needs to shut down after a bridge strike. Essex County Council is responsible for fixing this but long-standing County Councillor Ray Gooding never got to grips with the problem. Newport residents asked R4U to step in instead and we have.”

R4U’s Cllr Neil Hargreaves added “The local R4U Newport team prepared and submitted the business-case which secured the £70,000 from UDC and ECC for new signage to address the issue. We’ve then been chasing ECC to get it implemented. As part of the scheme 27 road signs are being upgraded or installed across the area to inform HGV drivers of the compulsory height restriction and the avoiding route, and the B1383 will itself be closed in Newport for a few nights as better signs are installed at the bridge site. We expect the work to be completed by mid-October. We hope that these improvements will significantly reduce the number of incidents at the bridge and improve things for local residents, rail commuters, and haulage companies.” 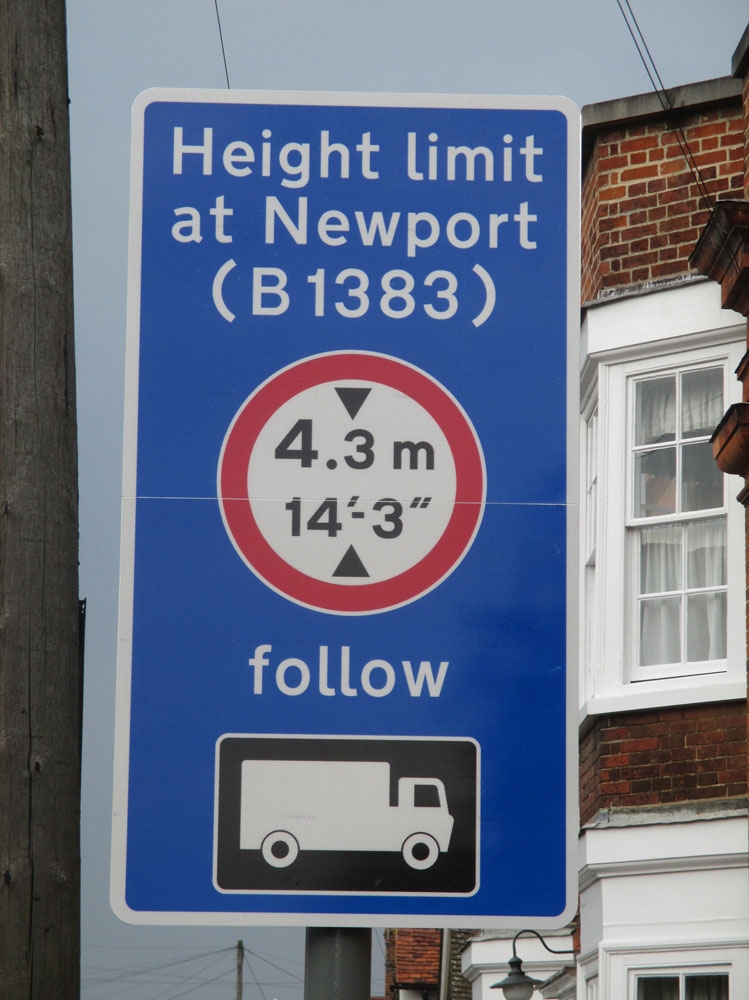 27 new signs are being installed by ECC, like this one in Newport… 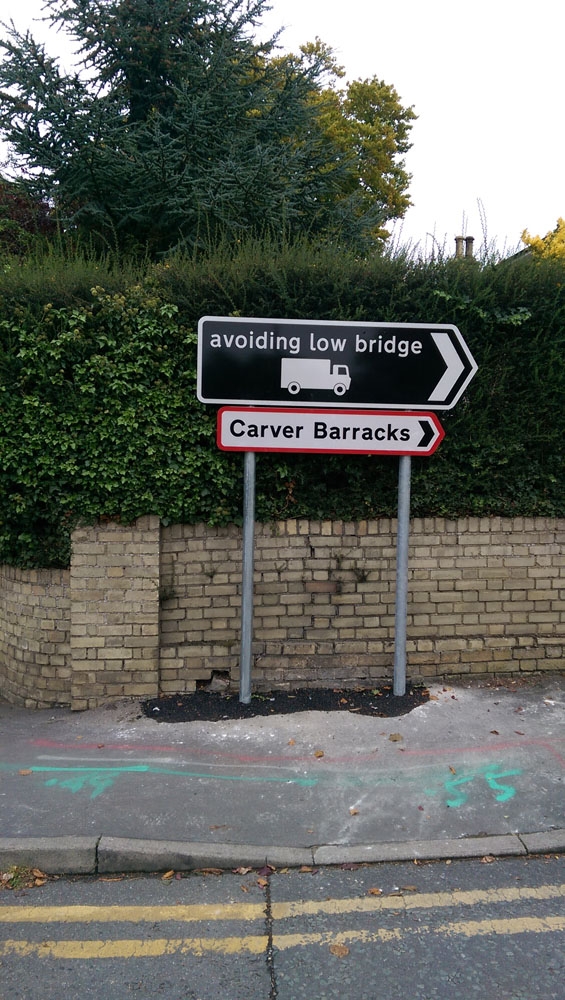 …and this one in Saffron Walden… 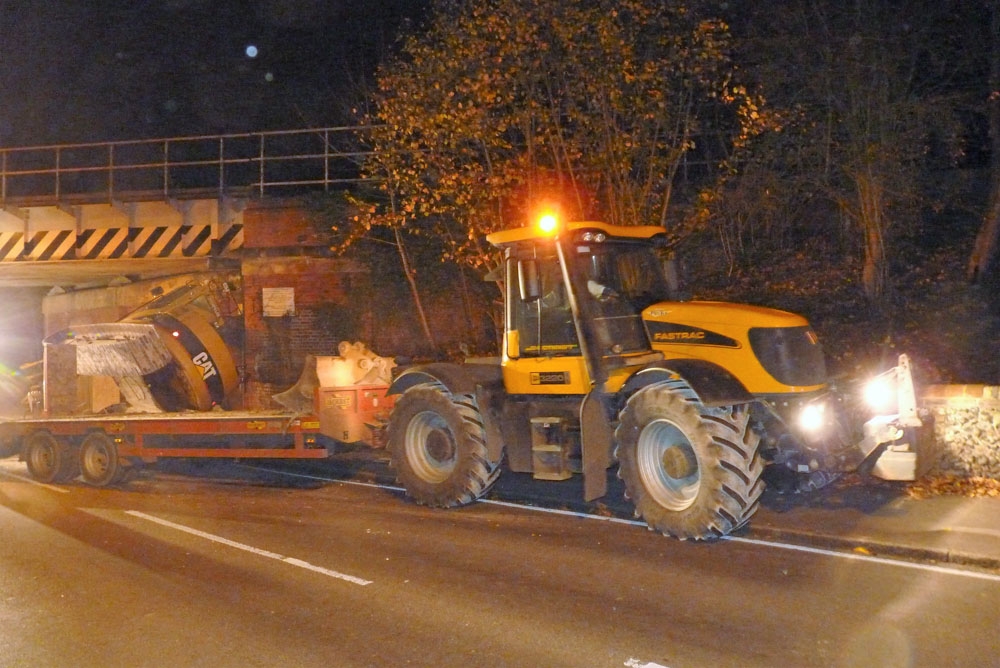 …to try and prevent bridge strikes… 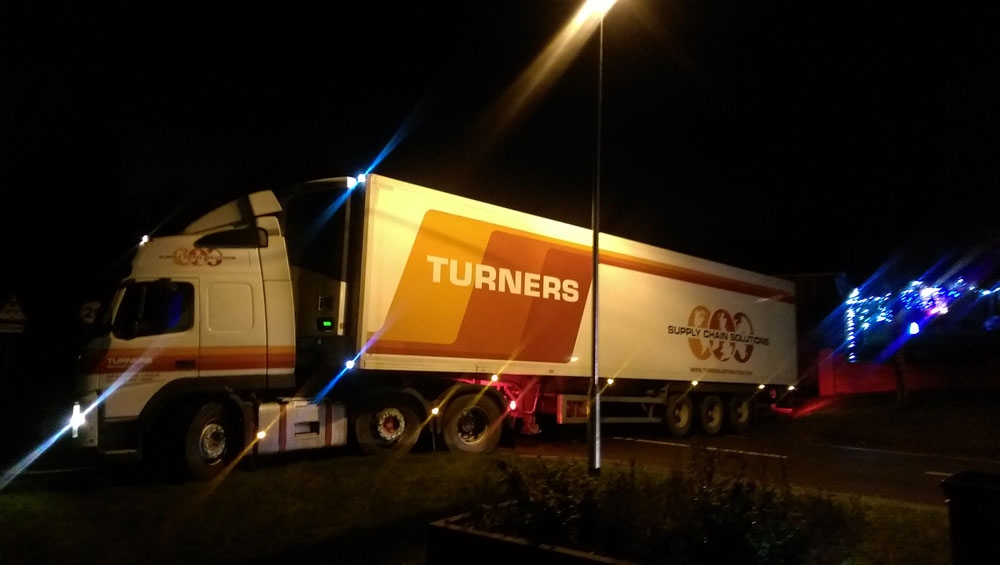 …and u-turns at all times of the day and night.