At a heated public meeting with the Essex Police and Crime Commissioner (PCC), in the Saffron Walden Town Hall this week, R4U asked for significant changes in Uttlesford policing, including the resignation of the PCC, to stem the more than doubling of crime in Saffron Walden in two years.

Paul Fairhurst (R4U)
After the meeting Saffron Walden Deputy Mayor, R4U’s Cllr Paul G Fairhurst, who had pressed the PCC on his track record, said “The more-than doubling of crime locally in the last 2 years is unacceptable to residents, and much of the increase has been serious and violent. This increase is not the fault of the police themselves; they are working hard with the resources they have and we appreciate all they are able to do – but it is clear that they and residents have been mugged by the Police & Crime Commissioner. Outrageously, whilst he’s slashed costs and sacked police officers, his own financial statements show that he’s actually increased his own budget by 4%! We need a Police Commissioner that puts the safety of local residents and businesses first. And comments by our local MP that it was all the fault of residents for not reporting enough crime seems naïve and disingenuous. Being mugged is never the victims fault. We need a significant increase in local policing to make Uttlesford safe again.” 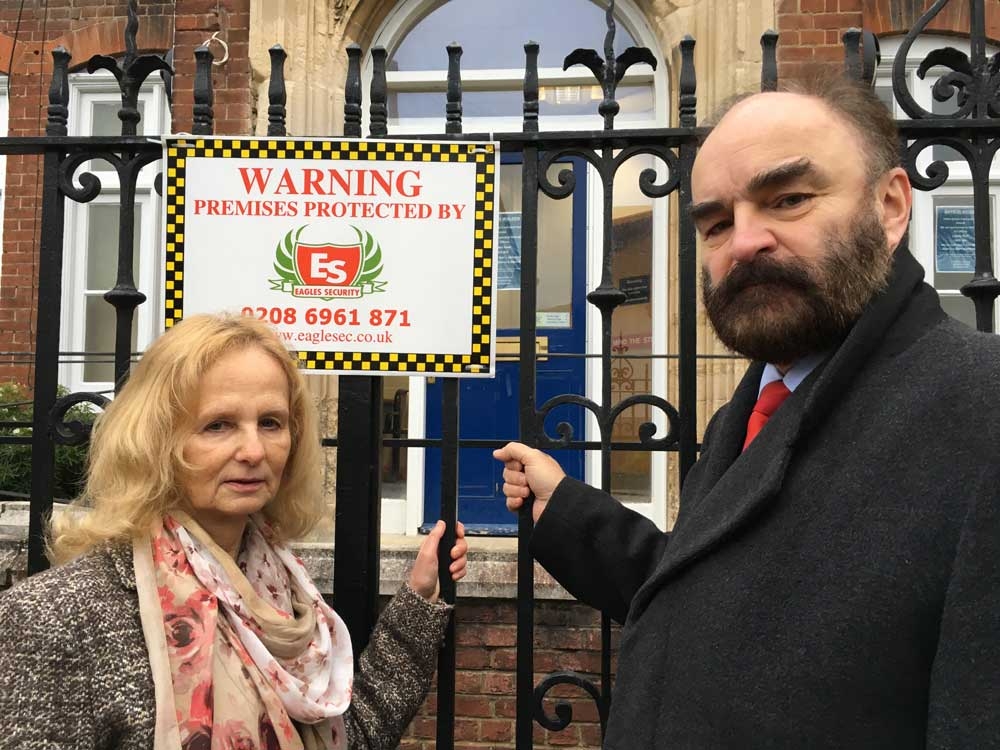 R4U’s Cllr Barbara Light, who asked for the PCC to resign at the meeting, said afterward “The Saffron Walden residents I represent are furious and we demand change. At the previous public meeting the Police & Crime Commissioner told us that petty crime, shop lifting and robbery were lower priorities and so we should no longer expect to see visible policing on our streets. But the crime we’re experiencing isn’t petty. Over the last year mobs with metal rods have violently beaten our children; shops and business have been robbed in broad daylight by armed gangs; our banks have been raided; and fearful residents have locked themselves in rooms whilst burglars have raided their homes. This crime is nasty and spiralling, and the criminals know the police don’t have the resources to protect people.”

Barbara Light (R4U)
Cllr Light continued “At this week’s public meeting I reminded the PCC that he was elected with a mandate to control and improve the quality of policing in Essex. I asked him why we were paying more and getting less, which he found hard to justify. When I asked for his immediate resignation, the public apology he gave frankly wasn’t enough; neither was his admission that he wasn’t proud of his track record or his acknowledgement that Uttlesford residents now lived in fear. It was made clear by residents at the meeting that we need urgent visible changes and an increase in local policing, after all we pay for policing and he should be working for the safety of our families, property and businesses.”

The numbers tell the story

Doubling of Crime in Saffron Walden

The HMIC annual report on Essex police is available on their website. The overall rating for Essex Police is ‘good’, however the report shows some worrying trends:

There is a significant increase in crime in Essex compared with the rest of the country, both over the last 5 years and particularly in the last year:

Residents are 13% less satisfied with Essex police than nationally:

Essex Police earn a “Requires Improvement” rating for “protecting those who are vulnerable from harm, and supporting victims.”

In the latest published year accounts (source: Essex Police website) the Essex Police Commissioner increased the costs of his office/function by 4%, while receiving 5% more from the council tax precept, but the actual policing operational costs were cut by 3%.