Westminster parties simply can’t be trusted with prioritising our local issues.
Cllr John Lodge R4U Chair
Picking fights with our teachers, doctors, nurses and police directly impacts local families every day. And recently the Central Government even passed a bill to force UDC to sell nearly all of our council houses, which will directly impact those that can’t afford to buy homes.

The choice is quite clear. Do we want national political parties and their career politicians telling us what to do locally, or should we decide for ourselves? In 2013 many Uttlesford residents wanted a change so they elected their first residents’ councillors. There are now Residents for Uttlesford councillors at all 3 levels of local government, county, district and towns/parishes -  we are the second party on Uttlesford District Council. In 2017 we’d like to see councillors in more Essex county divisions in Uttlesford that only answer to one boss, residents.

R4U has the trust of local voters. In the Elsenham & Henham ward district by-election in February R4U won more votes than all the national parties combined. 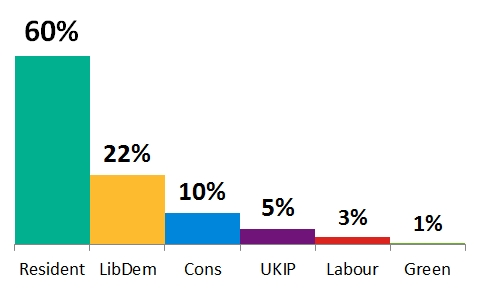 As well as the Essex County Council elections on 4th May, the Newport District Ward of Newport, Quendon, Rickling and Widdington is also having a by-election on the same day.

Here are our candidates for the May 2017 local Essex County Council elections. Click on them to find out more: 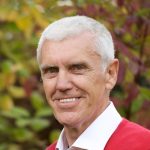 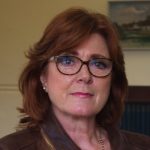 Anthony Gerard is our candidate for the 4th May 2017 Uttlesford Newport by-election.

Find out about becoming a councillor

Who are Residents for Uttlesford?
Residents for Uttlesford (R4U) was formed by Uttlesford residents who wanted to take an active role in creating the future for where they live. Working alongside local residents groups and associations across Uttlesford and Essex, we have promoted an independent voice in local government and championed local communities, away from Westminster policies and politics. Residents have elected our councillors to all 3 levels of local government, county, district and towns/parishes. We are looking for new people to join the team and represent residents at the county level.

Who represents Residents at Essex County Council?
There are 4 county councillors in Essex that represent Uttlesford. There is one for each of the divisions: Saffron Walden, Dunmow, Stansted, Thaxted.

Residents stood their first ECC candidate in the Saffron Walden division in 2013 and he was elected. R4U’s Cllr John Lodge is currently our only residents’ county councillor. In May 2017 we want all 4 to be R4U councillors.

Why? Because we see big-party politics as a real problem in local government. ECC makes up 75% of our council tax bills but national agendas are being ridden roughshod over local needs. We need our schools, roads and healthcare sorting out and it’s not being done. We have to ask ourselves, do they work for us or their Westminster bosses?

We’re trusted by locals and we know what we’re doing. We’ve been running Residents for Uttlesford for some time now and residents have elected our councillors to all 3 local government levels and across our district.

How can a minority group make a difference?
We feel that local support for independent representation in local government has grown even deeper over the last 4 years. With over 150 independent and minority groups councillors across Essex, you would be supported by a close network of representatives working for their local communities not national interests.

At Essex County Council R4U’s Cllr John Lodge has been a member of the Independent group of councillors who play a key role in scrutinising policy, lobbying for change and acting as advocates for their constituents. As the independent movement grows, so does the platform with which to enact change.

What does an Essex County Councillor do?
County Councillors should first and foremost, represent their constituents. They deal with residents’ queries and requests in the areas that ECC have control over. Councillors make decisions about the services that are provided by the council, taking part in council meetings where they are called upon to vote, and in committees that deal with specific projects, issues and services.

Key areas that Essex County Council is responsible include:

Do I get paid for it?
Essex County Councillors are paid a basic allowance of £12,000 p.a. to enable them to undertake their duties, which are:

Councillors are allowed to claim for travel expenses incurred whilst on council business. For more information on Essex County Councillor Roles and Allowances, please visit the ECC website allowances page.

Why should I become a councillor?
We’ve put together the following notes so that you can think about putting your name forward for selection under the residents’ banner:

Take the next step

Please consider putting your name forward. If you love where you live please join us; we need people with a passionate feeling for the future of our community!

For more information please email us at election@residents4u.org.