Residents for Uttlesford is the second party at Uttlesford District Council. The recent district by-election victory in the Elsenham and Henham ward has increased R4U’s district councillors to 11, bolstering the party’s representation along the M11 corridor.

R4U gained landslide victory the February 2017 by-election, with 60% of the vote share. It was the first time the party had stood candidates in the ward, which had consistently previously returned Liberal Democrat councillors with a large margin.

R4U candidates gained its votes at the expense of the main Westminster parties, particularly the Liberal Democrats and Conservatives.

Expanded table
Read the results on the UDC website.

In its first standing in the Elsenham and Henham ward, R4U won by a landslide. 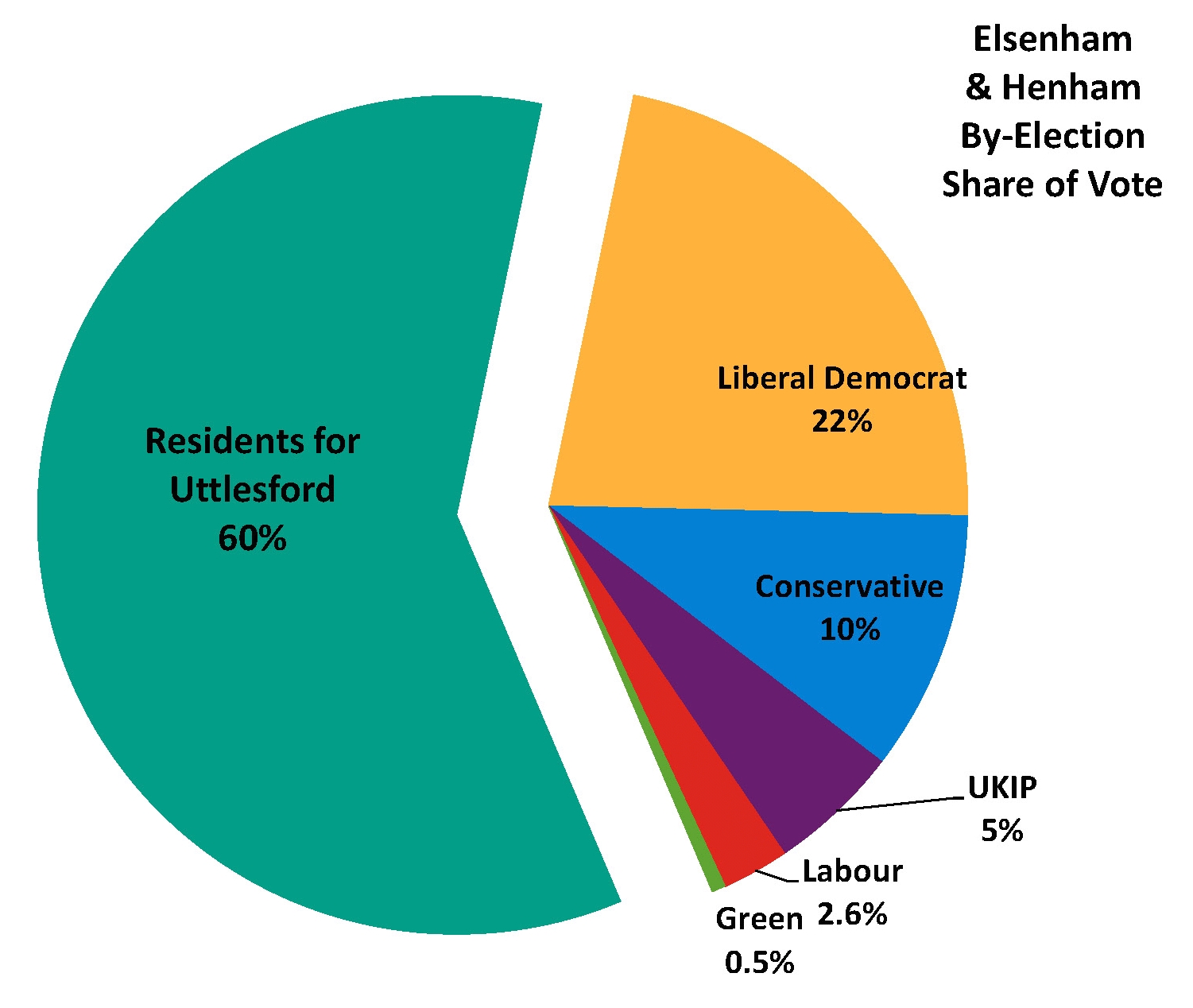 R4U has town and parish councillors from Great Dunmow to Saffron Walden. After the February 2017 Elsenham and Henham by-election it has solidified its district council support along the M11 corridor. The map below shows the party representation by Uttlesford District Council ward.