R4U’s 2017 campaign message is “Residents not Politicians”, so what does it actually mean since R4U’s councillors are elected to political office like any other politician?

It’s all based on difference. And it’s a difference worth making.

“Residents not Politicians” is a wider message like Energizer’s “keeps going and going and going.” We know that Energizer batteries don’t actually go for ever, and everyone knows that – it’s a metaphorical message that means more than what’s on the surface.  What Energizer actually means is that their batteries go longer than the competition. What R4U means is that we start from the point of residents – the people that matter. That’s you.

Many people vote traditionally. They think they know what Conservative, Labour and Liberal Democrat values are, and so vote blue, red or yellow time after time. That’s OK if the traditional parties are serving your interests and you feel like you are getting the best deal from your councillors. However a rapidly increasing number of people feel that the 3 big national parties have lost touch with local issues and care more about ‘big politics’ set in London. Hence the recent growth of new ‘resident’ parties. 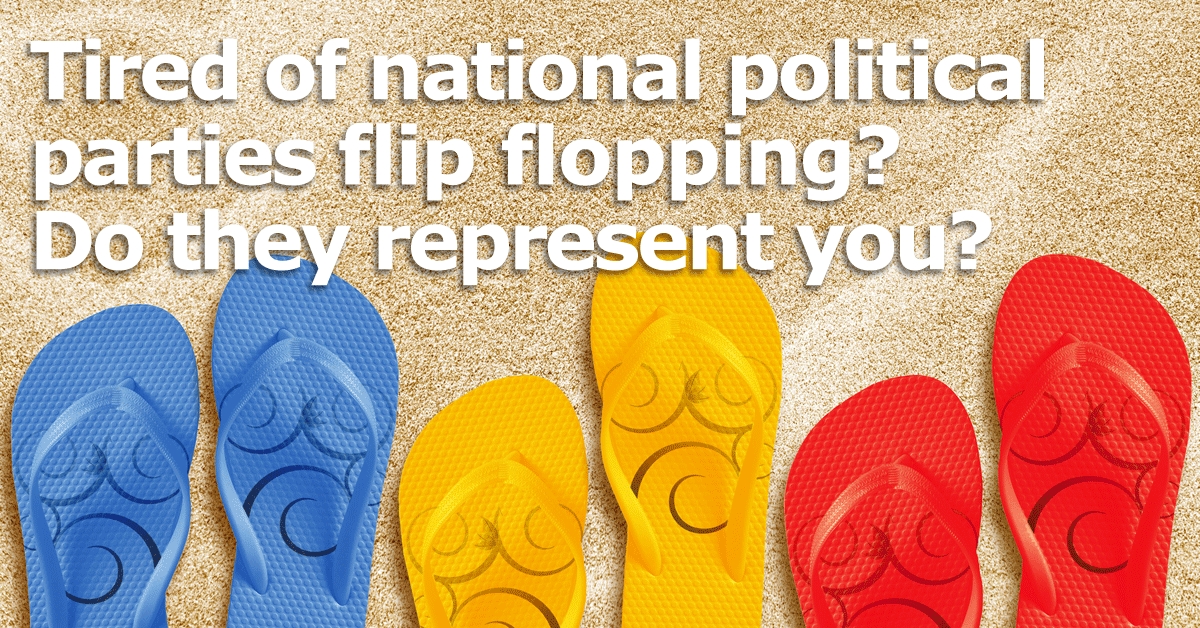 People tend to be sceptical of new groups and take a lot of evidence and convincing to change their minds (and rightly so)! That means that these parties need to find a way to let voters know what they are all about and how they are different. And a campaign message is an important part of quickly communicating that difference.

R4U is one of these resident-led groups and has been rapidly gaining ground. The group recently captured 60% of the vote in a local by-election. There were many factors that led to that success, but it was in part about finding a clear way to talk with the electorate about the difference. 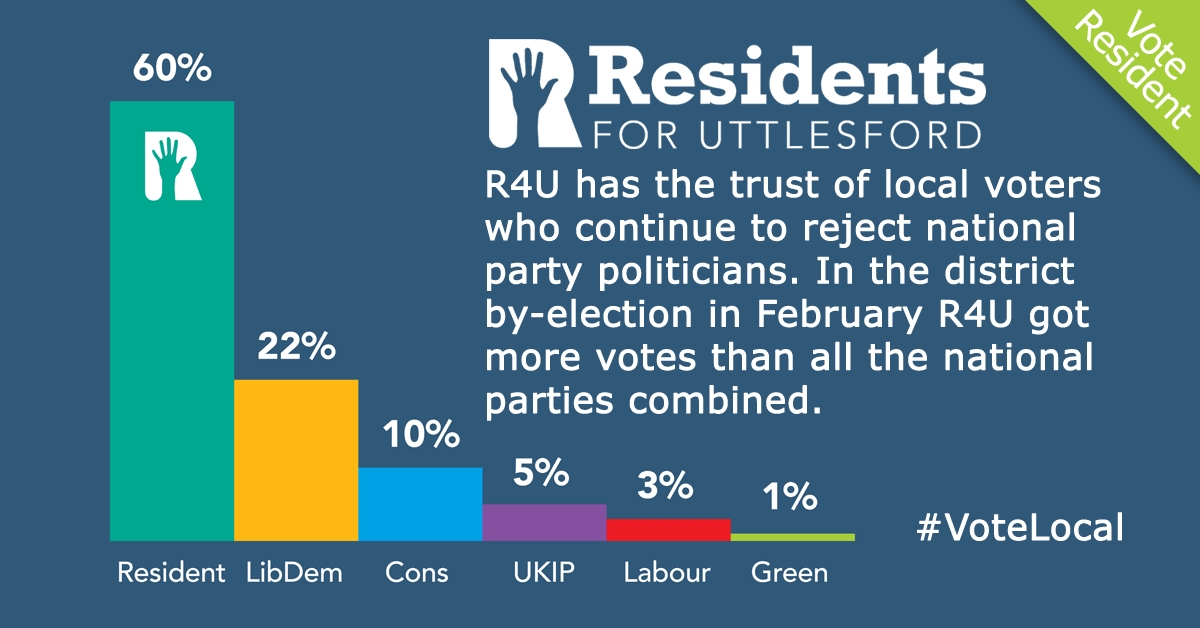 R4U’s campaign message is “Residents not Politicians.” Like Energizer‘s, it’s not supposed to be taken literally; it is a point of difference. It is short-form for a number of important values. It is a voter promise.

It means things like “people who are in it for their neighbours and not status or money”, “residents’ needs before those of political parties”, “local people before career politicians”, “act like a resident not a politician” – all which are in effect “local people (just like the rest of us) making decisions for their fellow local people”.

And like any big promise it has to be more than skin deep, and with Residents for Uttlesford it is. The national parties develop policies centrally and force their local politicians to make them happen, even if they don’t fit local need. In Essex we’ve seen it with school and police cuts. They were all unopposed by the local Conservatives who are following their national party’s instructions.

Some national party politicians have had to pay back expenses they’ve ‘over-claimed’.  But some R4U councillors don’t even claim the expenses they are entitled to because they don’t believe it is right to drain the public purse if they don’t have to.

And importantly R4U’s policies were actually built with direct input from over 600 residents, from the bottom up, not top down. And that’s what it says on the tin. Residents for Uttlesford: “Residents not Politicians”