Increased reports of the kind highlighted in last week’s Dunmow Broadcast (see below) are reaching the R4U team, along with mounting frustration that little seems to be happening in order to repair our pavements and walkways. 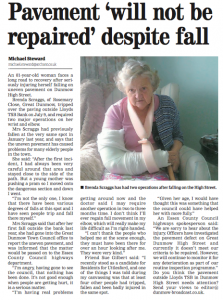 “ECC have proudly announced that potholes on roads are no longer a major problem. Footways, however, seem to be much lower down on their list of priorities and although there have been a number of accidents involving broken limbs in Dunmow High Street, ECC’s reply to reported problems is that they do not consider repair necessary and that they are monitoring the situation!” 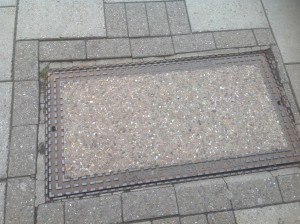 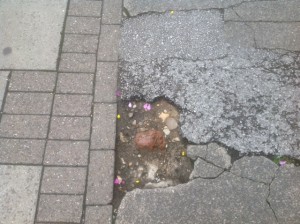 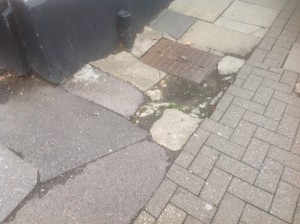 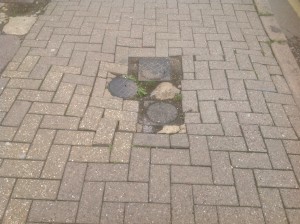 Dunmow Town Team’s Alex Armstrong has sent us pictures provided by Sue Gilbert, of the pavement that caused 81 year old Brenda Scraggs injuries, which have limited her mobility. Despite other residents suffering injuries from this stretch of damaged pavement, ECC has been quoted as saying that;

“Officers have investigated the pavement defect on Great Dunmow High street and currently it doesn’t meet our criteria to be repaired”.

The R4U team work throughout the district to help give residents a voice where they feel they aren’t being heard. If you have experienced problems with your local walkways, or would like to report a problem, in the first instance please contact ECC Highways via their portal, and then please let our team know either by posting your pictures on Twitter, Facebook or emailing our team.