On Thursday 22st October the national BBC News at 6 and 10 will air a segment about housing development that they filmed with Residents for Uttlesford (R4U) in Saffron Walden.

Uttlesford in the spotlight

A recent Uttlesford District Council study showed that the Council needed to allow 12,500 new homes at a rate of at least 568 a year for a minimum of 18 years. Large-scale and rapid housing development like this has been causing issues all over the country.

Recently BBC correspondent Reeta Chakrabarti and a TV crew visited Saffron Walden to film a segment about the impacts of new housing for the national BBC TV News at 6 and 10. It will air this week. Saffron Walden has already seen over 800 new homes approved over the last few years 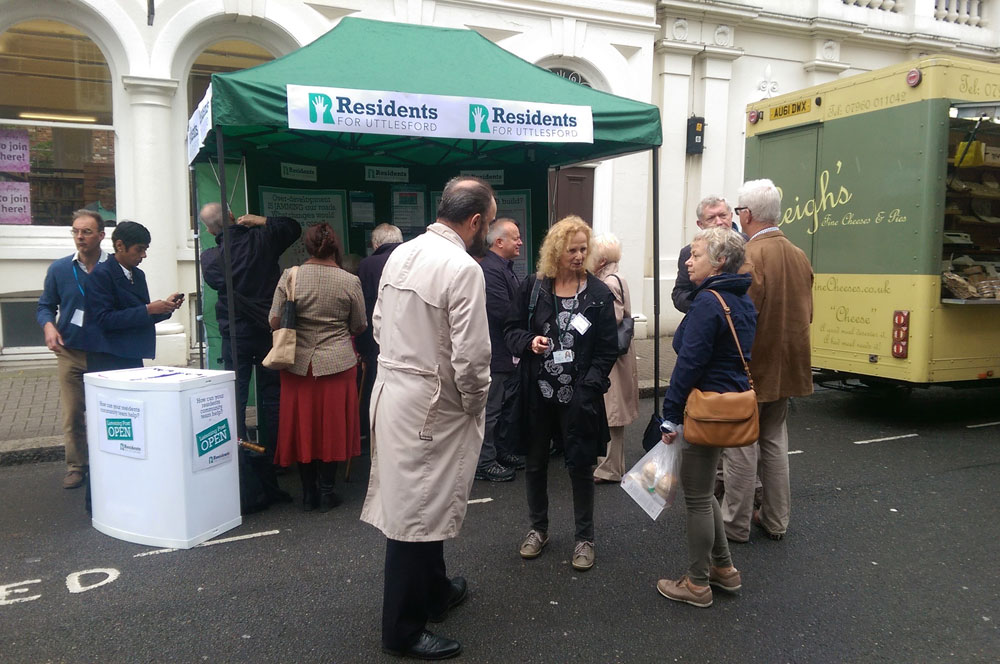 The BBC News team spent a few hours filming around the R4U Listening Post at the Saffron Walden Tuesday market. They interviewed R4U people, residents shopping at the market, and traders. The news team also filmed a number of the development sites on the east of Saffron Walden with their camera drone. 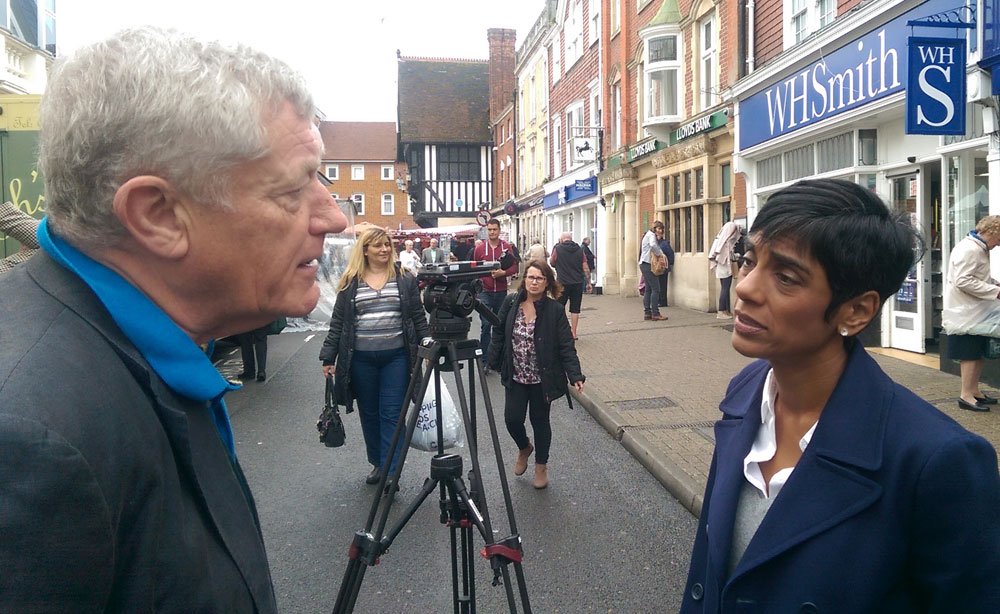 Afterwards BBC News went to Stansted Mountfitchet to meet with Uttlesford District Council (UDC) to get their take on things and look at new council housing. As an aside, council housing is a key part of UDC’s affordable homes strategy. However 1,200 of the council houses for the most needy families are under threat due to the government’s Right-to-Buy scheme.

The BBC has told us that their Uttlesford housing segment will air on both Thursday’s national BBC News at 6 and 10 programmes. Tune in! 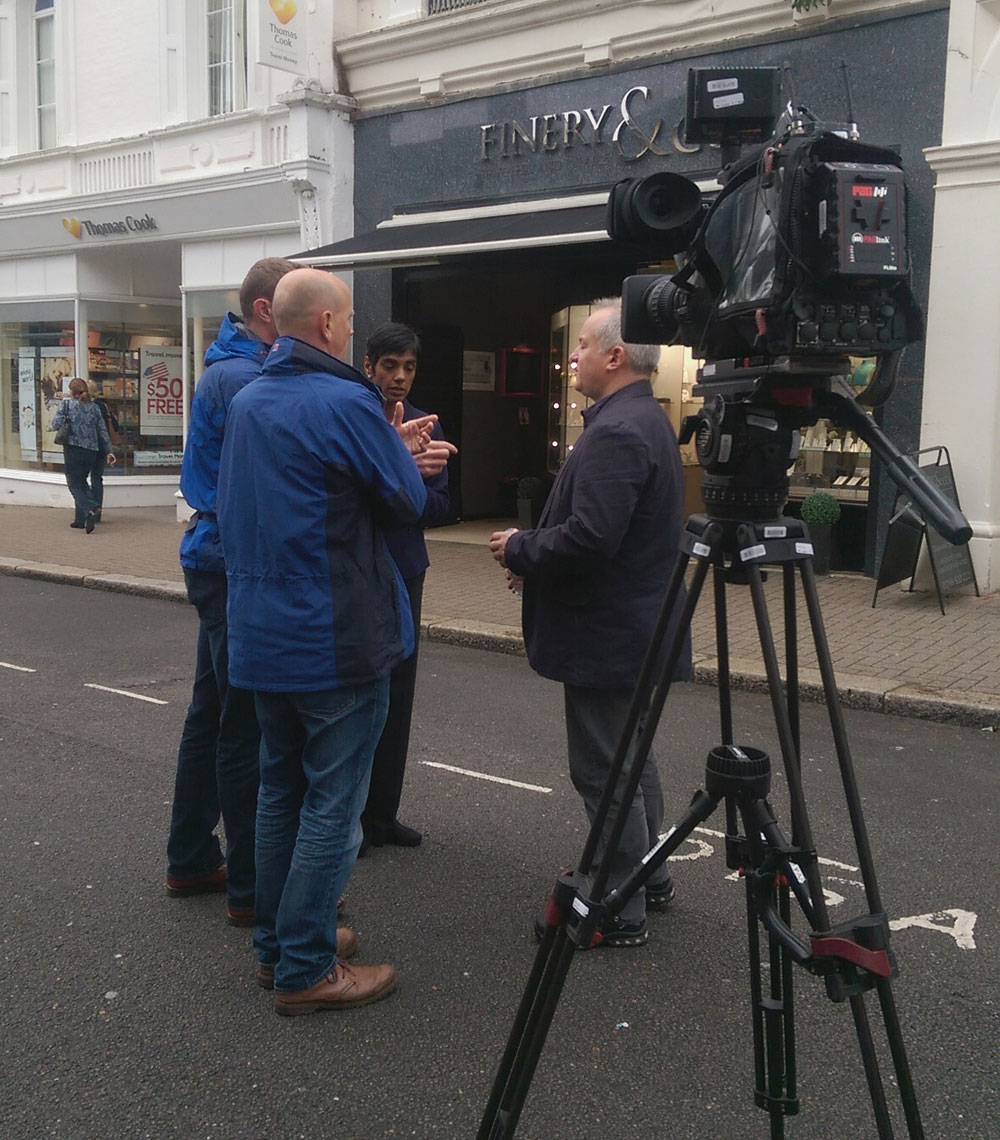 The context is new homes. Large-scale housing development is a huge concern in rural Uttlesford. The main issue is not to do with the new homes themselves, but the required infrastructure. Over the last 5 years the Conservative-led Uttlesford District Council has been paid by the government to approve mass housing, much of it in unsustainable locations. This has led to a lack of school places, floods from sewers and storm drains, gridlock and illegal air quality. This failure to plan properly has created a number of public embarrassments for the District Council Cabinet. It has lost a planning appeal on one of its flagship development sites, had its draft Local Plan thrown out by the Planning Inspectorate , and been heavily criticised by the Planning Inspector on one of its major ‘village-extension’ schemes in Elsenham.

A Uttlesford District Council study in September calculated that 12,500 new homes were needed as part of the remedial action that the Planning Inspectorate called for when it rejected the draft Local Plan. The report shows that the Council needs to allow the approvals for new houses at a rate of 568 per year for at least the next 18 years. 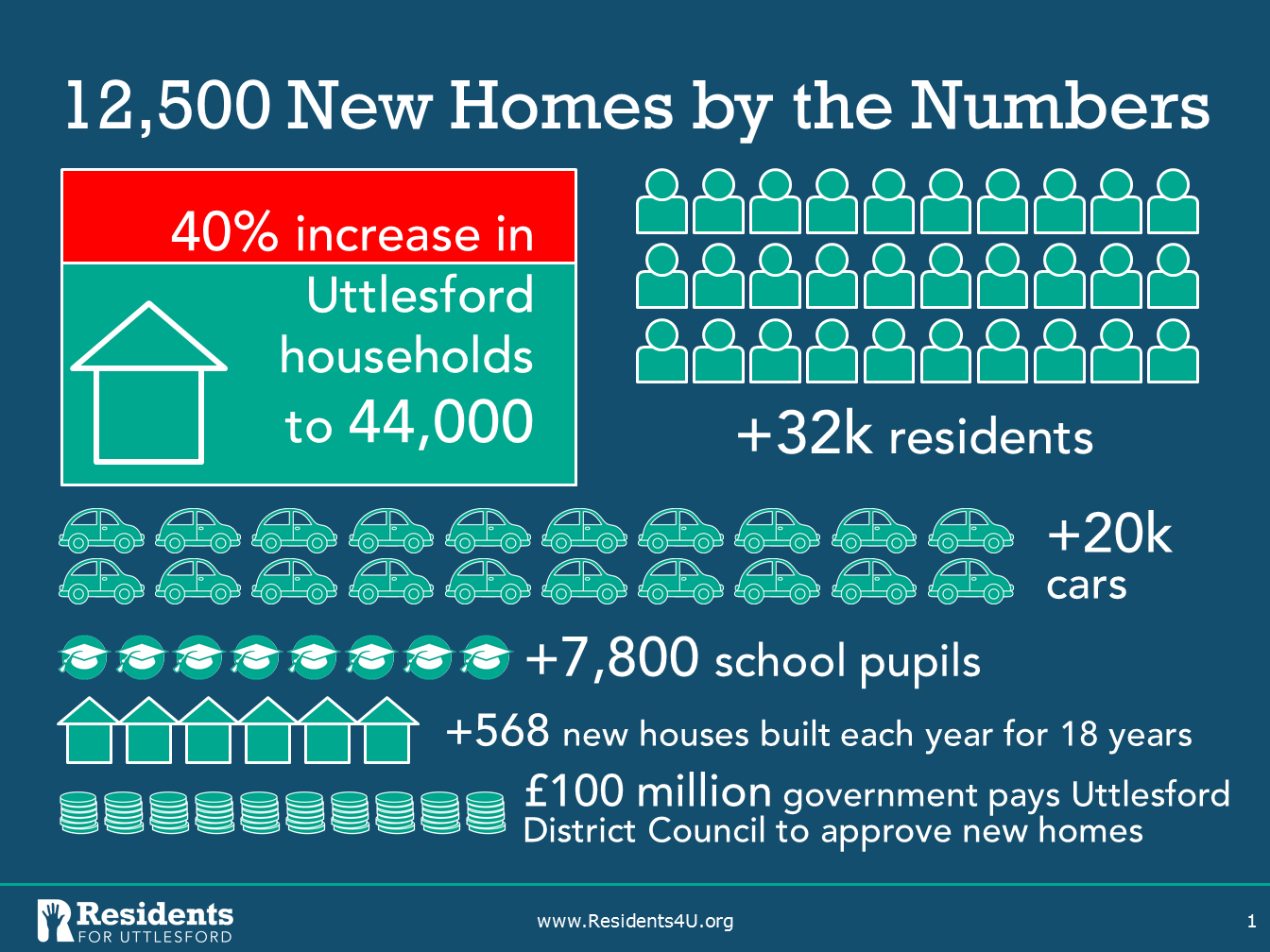 Local people are not happy with Westminster parties telling them what is good for them. In a reversal of what happened nationally, the May 2015 local elections in Uttlesford saw a 26% swing away from the local Conservatives. Although the District Council is still Tory controlled, local independent party Residents for Uttlesford gained local government seats at the Tories’ expense. R4U was formed by a number of local residents groups who were looking to create a long-term sustainable plans for the district. R4U is now the second party and official opposition at Uttlesford District Council and the majority party on the Saffron Walden Town Council. It also gained a number of parish council seats across the district.

During the Civil War, Oliver Cromwell based his army in north of Uttlesford at Saffron Walden. The echos of political dissatisfaction still ring around the area.