R4U welcomes an exciting business networking event being held at the start of next month -The #SWXPO16 in Saffron Walden’s Town Hall. Local business’s will have the opportunity to promote their firms and products, network and share ideas on the future of development in this region. 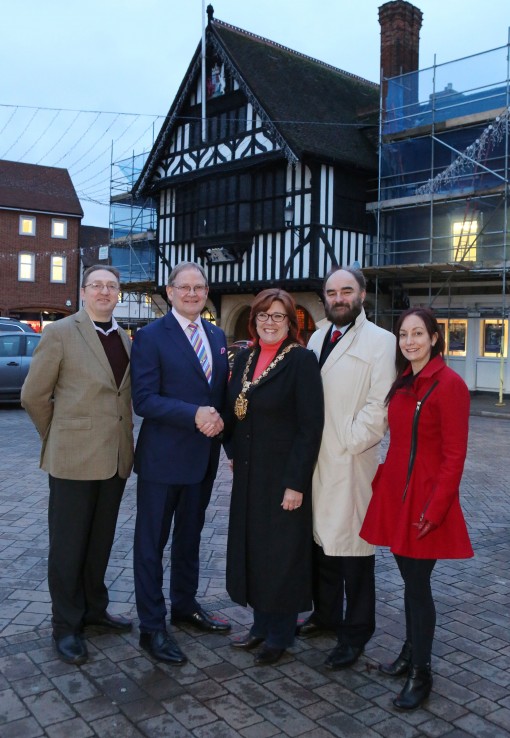 Saffron Walden Mayor Heather Asker met with partners in the #SWXPO to launch the event outside the Town Hall venue along with R4U Cllr Paul Fairhurst. Mayor Heather Asker said that “Opportunities for local business people to come together and network are essential for the promotion and growth of exciting independent industries in this district. R4U made a commitment during the May 2015 election campaign to actively promote local economic growth, particularly amongst independent retailers, traders and service providers”.

R4U has been an active participant in the weekly online business marketing Twitter hour @SaffronHour since it’s launch last year, taking the opportunity to listen to other local business people’s thoughts in what is working locally and what can be done to encourage growth.

Supporting events such as the @SWXPO is an important part of maintaining open and engaging links with the local business community. R4U Cllr Paul Fairhurst (UDC Shadow Cabinet Member for the Economy and Jobs) said that: “The reality is that Saffron Walden risks becoming a dormitory town unless we continue to build local business and support our local home-grown entrepreneurs”.