Neil Hargreaves (R4U)
R4U’s analysis it has undertaken on data obtained from Essex County Council shows that the authority is failing to keep on top of the pothole problem in Uttlesford after problems have more than doubled in two years.

Uttlesford District Councillor Neil Hargreaves, who keeps a pothole watch for Residents for Uttlesford said “Potholes cause accidents and damage our cars. In Uttlesford we are now driving and cycling over 6,700 road defects every day. This has more than doubled in two years from 3,100. The County Council says they are fixing roads in Essex, but they are clearly not doing it fast enough here because it is getting worse.” 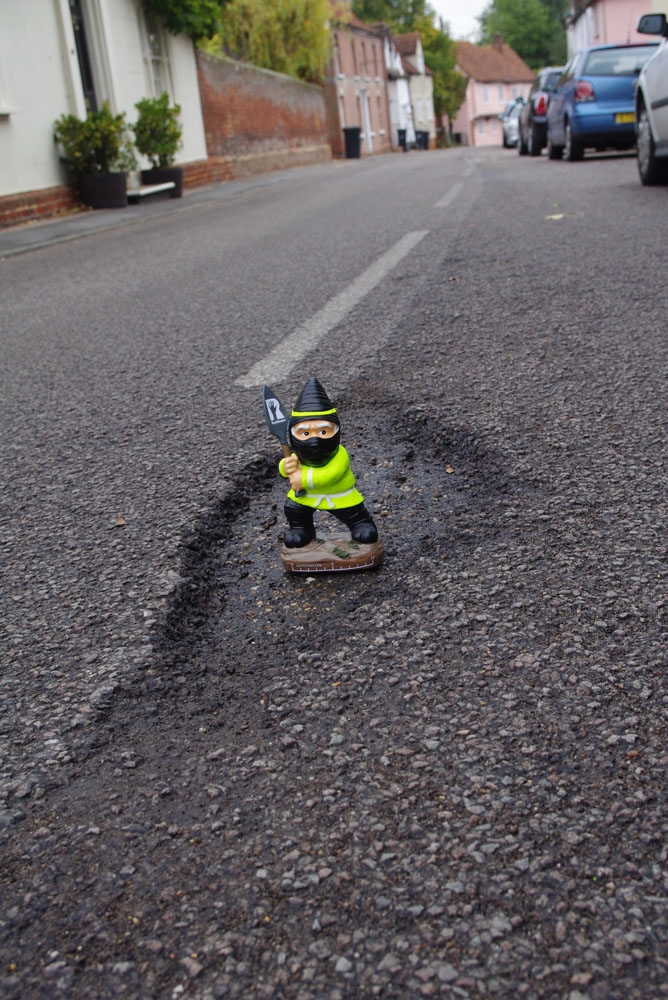 R4U’s Neil Hargreaves continued “The larger settlements of Saffron Walden and Dunmow have fared the worst with nearly 900 additional unfixed defects since 2017. But even the smaller communities are suffering with 283 unresolved issues in Felsted and 312 in Wimbish, which is 16 times more than two years ago.”

Below is the data for every parish so residents can see how many potholes and other road defects are unfixed where they live.

Cllr Hargreaves concluded “Whilst our Conservative county councillors like to stand next to roadworks signs in hi-vis for pre-election pictures, the evidence says they aren’t getting the work done. Uttlesford residents pay ECC more than £40m a year in council taxes to take care of these things. This year they’ve asked us to give them £1.6m more. This is our money, so how is it being spent? Frankly both the ECC and UDC administrations are failing to prioritise our roads so it is time for better local representation.”