Residents for Uttlesford (R4U) is demanding urgent action by Essex County Council (ECC) to clear a major flood that has closed the B1383 between Newport and Saffron Walden for days. R4U says poor maintenance is to blame after an FOI request shows that ECC has failed to resolve long standing drainage problems on the stretch of road.

Neil Hargreaves (R4U)
R4U’s Cllr Neil Hargreaves, Uttlesford District Council ward member for Newport, said “The road between Newport and Saffron Walden at the bottom of Sparrows End Hill has been closed since Thursday 3rd December due to flooding. Essex County Council is responsible for both highways and flood defence, and they have done nothing about it even though they have known about the underlying drainage problem for years. Unfortunately this recent failure is what Uttlesford residents have come to expect from a complacent administration at County Hall.”

Cllr Hargreaves continued “Since the road closed, I and many residents have contacted ECC and the County Councillor multiple times, and yet they still fail to act. As a result local roads are in chaos, with abandoned vehicles, reports of school buses dropping students at the wrong side of the floods to fend for themselves, police rescuing people from cars, and damage to the private road through Shortgrove estate by rat runners. This is a safeguarding issue that needs urgent resolution. But instead of acting, all County Councillors seem to be doing is taking to Facebook to blame local people.”

Cllr Hargreaves concluded “The B1383 takes 90,000 vehicles a week. The flooding has been caused by a failure of basic highways maintenance. Figures obtained by R4U via Freedom of Information Act requests reveal that ECC knew all about the problems. In February 2020 there were 16 blocked drains along this section of road, some left since 2017. The same report reveals that across Uttlesford there are nearly three times as many unrepaired road defects as three years ago. Residents have had enough of this. We have requested that the ECC administration urgently do their job. We in Uttlesford send more than £40million of our council taxes to ECC, but often that money is spent elsewhere. It is time they prioritised our money on our needs, cleared this flood, and fixed the huge backlog of road maintenance jobs in our district.” 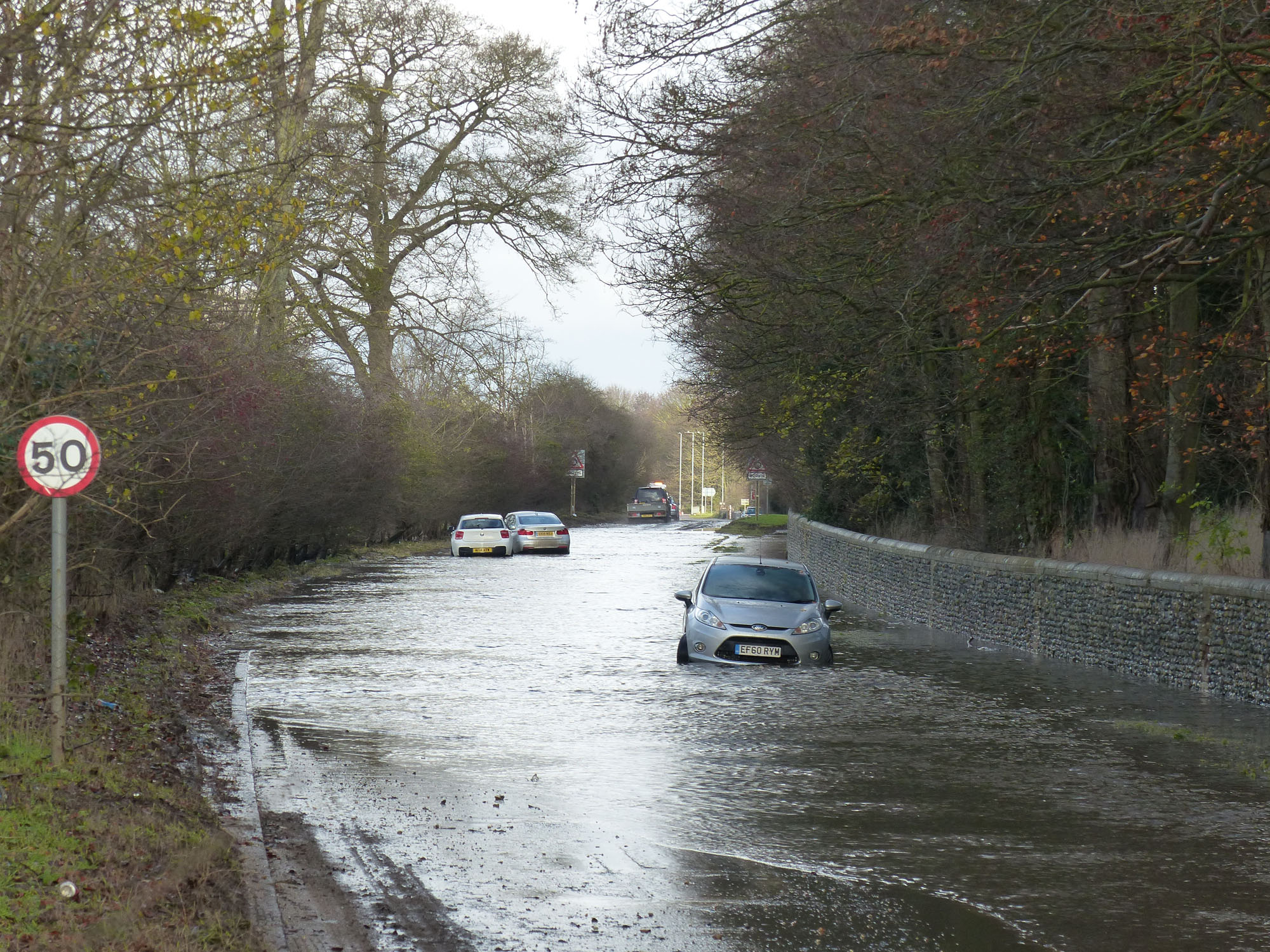 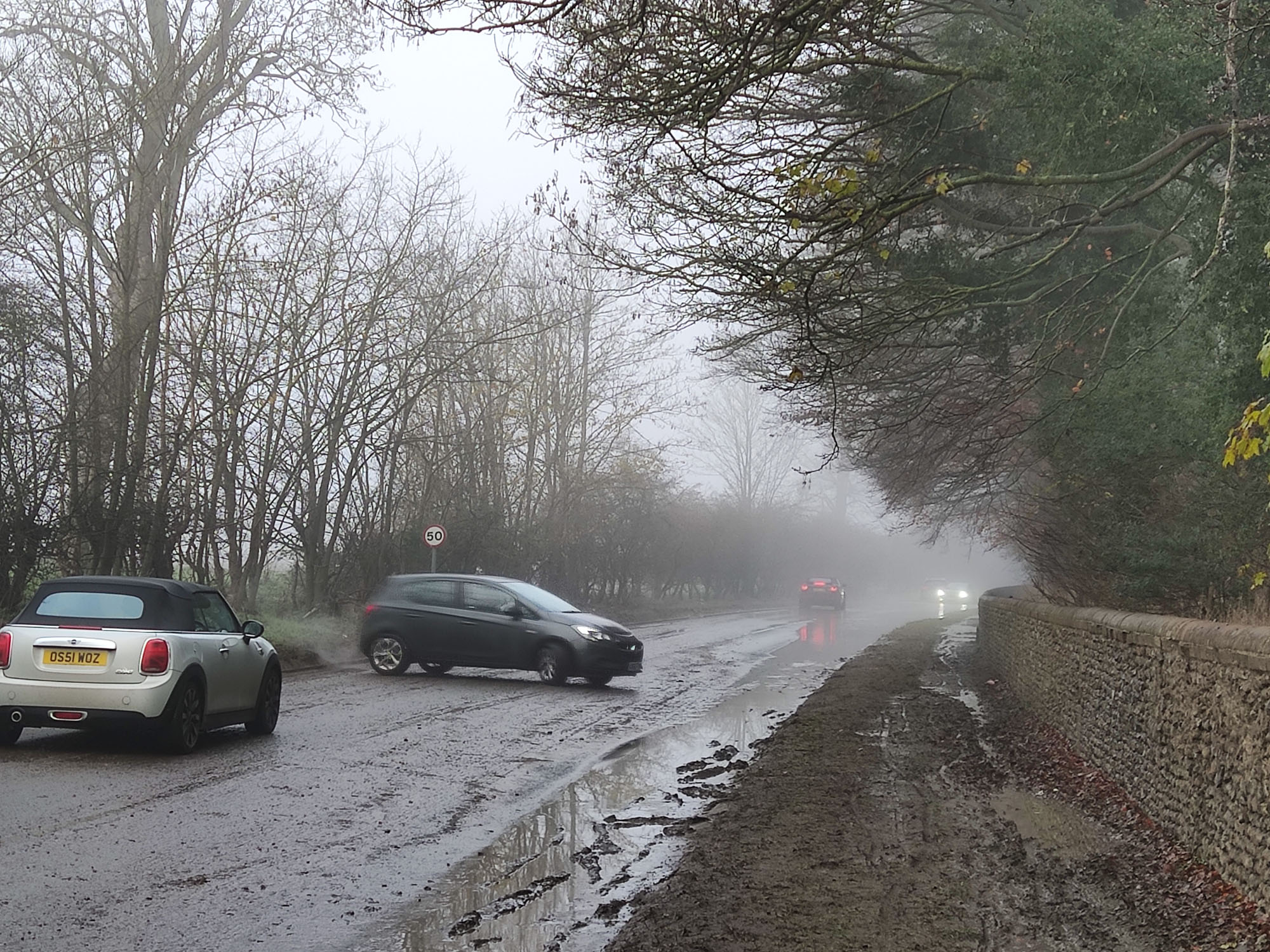 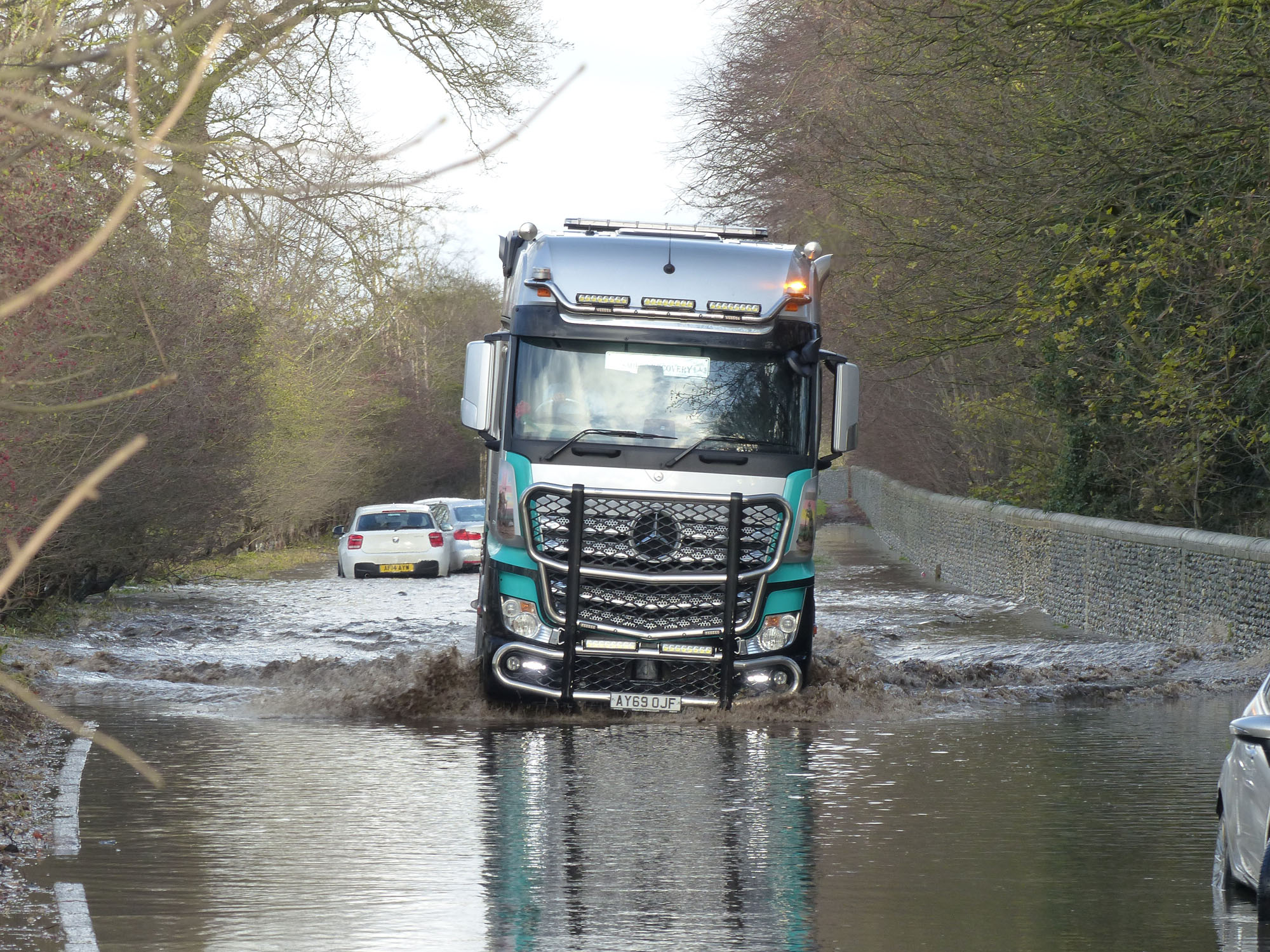 Cars have been unable to make it, but some HGVs have been able to pass through the flood on the B1383 near the bottom of Sparrows End Hill near Shortgrove