The results are in. Thank you to Uttlesford’s residents for trusting us with your vote. We will continue to work hard for you in our existing and many new wards. We are now working up our plan for how to put resident at the centre of everything UDC does.

Twenty seats are required to gain control of the 39 seat UDC. R4U has a healthier margin than the 24 seat majority that the Conservatives previously had. In the wards where R4U wasn’t standing:

There were a number of town/parish elections. We are still waiting for UDC to formally publish those results, but on Saffron Walden Town Council R4U won 15 of the 16 seats. On Great Dunmow Town Council R4U now has 3 seats.

In Uttlesford district the Conservatives were pushed into 3rd place, losing 20 seats. UDC Leader Howard Rolfe was unseated and their entire cabinet apart from Local Plan supremo Susan Barker. We couldn’t find a candidate in High Easter and the Rodings to stand against her in this election.

Residents taking control for themselves is a national news story. Even though there are a number of residents groups running councils, they are at the lower town/parish tier. It is almost unprecedented at a district council. Local people should be proud of what thay have done.

The BBC even gave us our own colour on the electoral map. The BBC also popped by to film a segment for Sunday Politics East. It will air on Sunday 5th May on BBC 1 at 11am. After broadcast the replay will be here.

The new map of Uttlesford

Here is how Uttlesford now looks. The the full results are here. 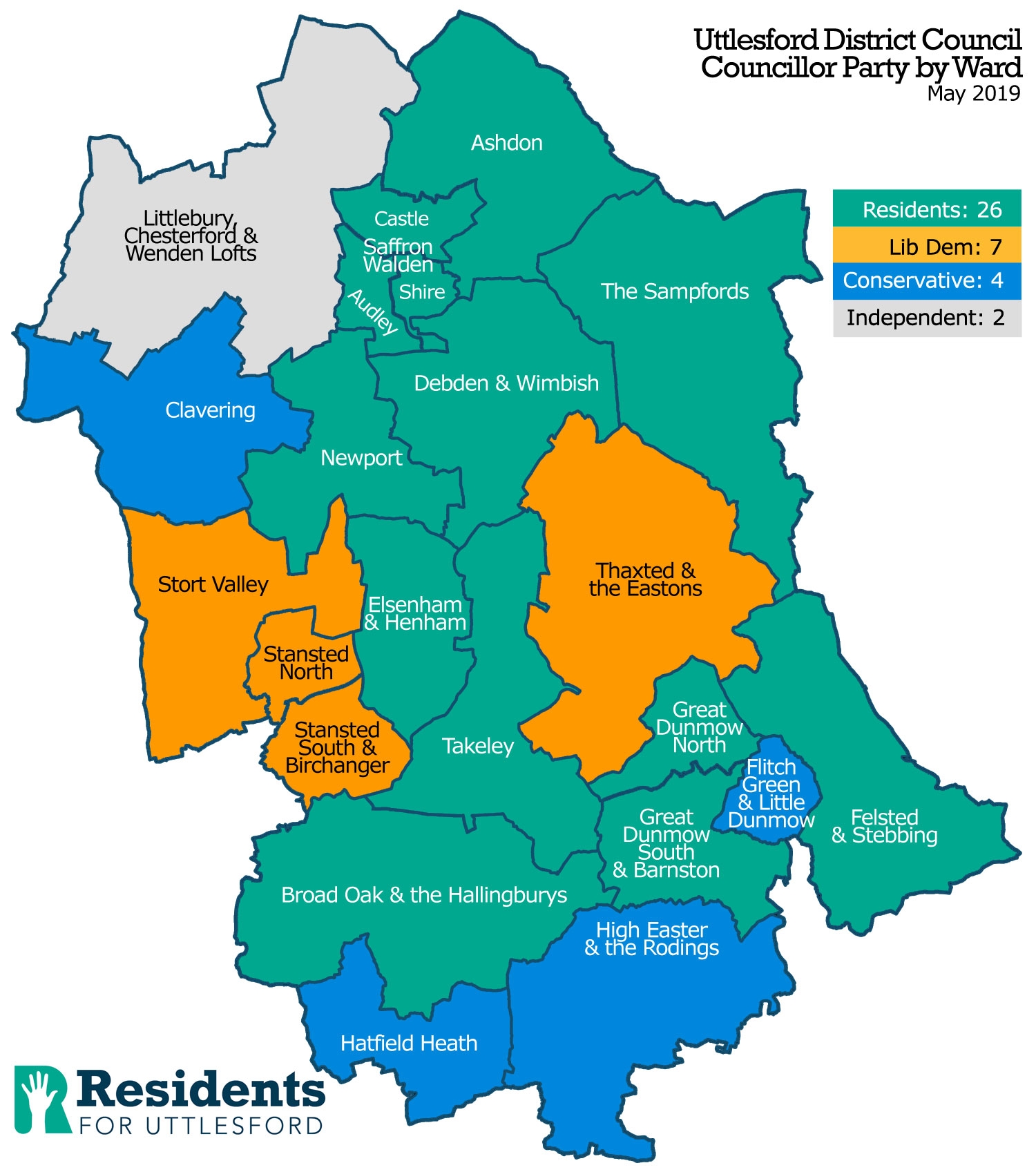 These are your new R4U councillors. Follow the links to find out more about them: